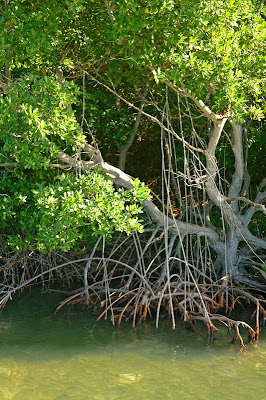 Well as many of you know, an unofficial Environmental Awareness Group (EAG) membership drive was forged by some of us who felt that the EAG wasn't getting the support it needed to accomplish its stated goals. Their membership went from about 20 people up to over 200 within a few months. Finally after three months delay there was an AGM and a new executive board was elected which comprised of some of the new members mixed in with old board members. The EAG board is made up with the following people:

Eli Fuller
According to the accounts which reported up until June 2009, the total membership and fundraising efforts for the year leading up to that time brought in a total of under EC $800 or US $300. Without proper financing the EAG was unable to hire a full time Executive Director or CEO. With the help of it's new members and new board members the EAG is now dedicated and in a position to make sure that the ED is full time. The organization is looking very good for 2010 with all sorts of projects and events planned and/or being planned. There are four board members who are very web savvy and of the four, three are very good at internet marketing using new media. With the help of it's new members and board members the board members who have been running the EAG from it's creation will finally have the help they need to do more.

Within the next few weeks we hope to have a system set up that will enable people to send donations from abroad as well as for them to join as members using credit cards. Antigua's conservation movement needs plenty of help and we hope that you ca be part of the movement. Please visit http://www.eagantigua.org/ for info on the EAG. There are changes coming soon to the site so please bookmark it and visit it again in the near future. Also, please look for them on facebook by searching for Environmental Awareness Group.
Posted by 365 at 10:38 am