Disaster at sea that could have been prevented

The unfortunate boating accident which ended up with three men being left in the sea without anyone searching for them until one was found just by chance is something that simply shouldn’t have happened and it’s been bothering me for many reasons.

Firstly, in this day and age no boat should leave port to go offshore without an EPIRB. I think it’s high time for Fisheries and the Marine Department to make this bit of life saving equipment mandatory. An EPIRB is a little emergency beacon that sends messages to satellites and to coast guards in the USA, and locally that your boat is in trouble. 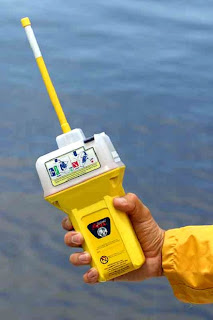 What’s more is that the beacon which floats in the water with you keeps sending the exact GPS location so the coast guard know where you are. The US coast guard speaks with whatever ships and other coast guards are closest to you. IT works world wide and is recognized as the most likely tool to save you quickly. They cost as little as US $350. The more expensive ones ($800 us) can be personally registered, so that the US Coast Guard will have your name and the numbers of people you want notified in an emergency. They get called as well as the ships and coast guards. A few years ago people on those row boats coming across the Atlantic were saved because of their EPIRBS after their boats were compromised.

With or without an EPIRB, mariners should let someone back at home know that they are leaving port and will call when they get to the next port, also telling them that it shouldn’t take longer than “X” amount of time. This way if there is no call, then someone knows something is wrong. When I was 16 and going to Barbuda on the little pirogue, we would use this method every time and I still do it on much bigger trips.

Of course all boats should have proper marine VHF equipment and if you are going offshore you should have a waterproof handheld VHF radio that you can use if the boat goes down. All boats even “unsinkable” Boston Whalers can go down. Think of a Boston Whaler catching fire with 200 gallons of gasoline on board!

Something we use and learnt about years ago is a “Grab Bag” (click here for an example) which is a bag containing basic survival equipment and can include the hand held VHF too. On a 500 mile trip we did last summer on our wooden sloop we had a huge grab bag ready to go into the water with us if something bad happened. The EPIRB, life jackets, energy food packs, water and many other things were in that bag. Hundreds of people have been saved by similar bags.

The things I have mentioned are all good generally, but this week’s incident points out that much more was missing.

It doesn’t sound as though the boat cleared customs, immigration or the port in either SXM or ANU which means that possibly they didn’t really want to notify many people of their movements or even of their problems until it was too late.
I have seen the boat (in St. Martin) and to say that it was properly maintained for an ocean crossing would not be accurate.
There needs to be a policy where the 911 operator writes down or records people’s calls in such emergencies. I am hearing reports that despite the crew on the boat telling 911 that they were going down 7 miles NW of Diamond Reef, the message the coast guard got was that they were in the North Sound (some 14 miles away). These are life and death communications and need to be better dealt with.
In this image X shows where the crew said they were. Y shows Diamond Reef and Z shows the North Sound. As you can see there is a huge difference: 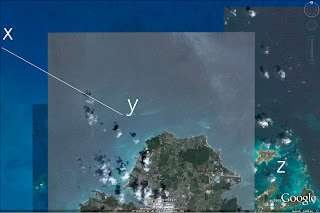 To me it is very strange that knowing a boat was going down as the 911 operator was told, that the coast guard didn’t alert everyone they could that a boat was going down with people on board. If I had known, I would have gone down there as I am sure many other boaters would have done. Why did they wait until Tuesday after Toby Fuchs and John Watt found the only survivor to resume searching and to contact ABSAR and the coast guards of the other islands? It’s as if they were forgotten about just like Inigo Ross, brother of Xabier Ross – Wadadli Cats) was forgotten about by the St. Vincent coast guard all those years ago.
One other thing that I thought about last night while trying to sleep is that I was under the impression that cell phone calls can be triangulated to give a very rough estimate of where the call was made. I may be totally wrong with this, but if a boat is sinking and you can’t get the people on the phone again, couldn’t you try to figure where they called from? You would know for sure that it is or is not The North Sound.
Now I come to an unpleasant mistake that is there for everyone to see on youtube. Why on earth would the coast guard and medical people sit back and interrogate someone who had nearly died or possibly is dying in front of them? This guy has been in the ocean for days and instead of rushing him to the hospital, or possibly sticking an IV into his arm to try and rehydrate him, they are asking him for the same story over and over.

MADNESS!!!
All in all there are many lessons to be learnt here and I don’t think we are paying close enough attention to this story.
Posted by 365 at 10:20 am

bigAs a person who was trained to be out at sea well said, for the life of me when are we in Antigua and Barbuda going to do things right.