Who is Baldwin Spencer Speaking to here?

Last week there was an article in the Daily Observer newspaper here in Antigua which described a speech the Prime Minister of Antigua and Barbuda delivered to people at the start of Caricom Energy Week. Click here for the article.
Here is a quote from the article:


The prime minister said, “The continuing rise in the price of oil coupled with the escalation of tension in the Middle East and in Libya has major economic implications for Antigua & Barbuda and the region. Without swift and decisive action, the end results could cause significant damage to our economies,” the prime minister pointed out.

Whenever I hear anyone in our government speak about alternative energy I take deep breaths. In one sentence I will explain why: It is illegal for any citizen to use solar or wind power in Antigua unless they live in an area that the government doesn't provide electricity. So.... you can see why I think that the PM's speech is ridiculous. In fact all speeches and press releases to do with alternative  Energy here in Antigua are pointless unless they do something about the legislation.
In the Observer article he goes on to say:

“We are required to devise ways and means to develop our renewable energy resources with the aim of changing our energy matrix to ensure the production of cleaner energy and thereby reducing our carbon emissions.”


The maddening thing is that the PM and his government know that it's illegal for citizens like myslef to put solar panels or a wind turbine up in order to try to make use of this lovely wind and lovely sun. He knows it yet he makes empty speeches that can only have the goal of fooling uneducated people who don't know what's going on into thinking that the PM and this government actually care about the things he's speaking about. I'm sorry to be so upset about this but we have been speaking about this for years. In fact, after I wrote the article on the massive government oil spill and slick which still oozes oil into the water each day (click here) I was invited to The Prime Minister's office where THE ENERGY DESK was due to speak on their progress. 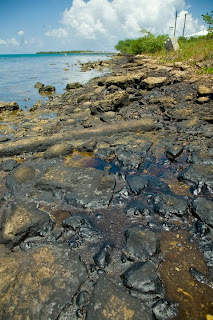 The large panel of both governmental and non governmental pundits had a task to help Antigua consume less imported oil and to move to more renewable energy. While there I asked them all what was the point of sitting there speaking of all the smart things we could do if it was still illegal for people to use alternative energy methods on their own. There was no answer. Anyway, I am happy to see that others are just as frustrated. In a follow up article in the Daily Observer newspaper the former hear of National Energy Task Force, Edward Baines, is quoted as saying:


"I am still not certain that too much is going on. There is a lot of talk that is going on, but in terms of the action…. (the prime minister’s speech) it’s very vague.”

He went on to say the same thing about the legistlation:


“Almost everyone said one of the first things that needed to be done is for the APUA Act of 1973 to be revised, especially the part that says APUA has the sole responsibility for generating electricity. That has not changed in law as yet. Everyone in that task force said this is the first thing that needs to be done."

You maybe can understand after reading all of the above why I would like to know who Mr. Spencer is speaking to. It just doesn't make any sense. It would be so easy for him to really "act with a common purpose" as he says in his speech. Get the legistlation changed Mr. Spencer. I agree with you in your Observer quoted speech that: "There is no time for delay.”


As a side note: Antigua and Barbuda uses more imported fuel oil than any other OECS country. We import a staggering 1.6 million barrels of fuel a year. According to The Daily Observer's article: ".......the nation consumes 400 per cent more petroleum than Dominica, 250 per cent more than St Kitts, Grenada and St Vincent and 50 per cent more than St Lucia."
I am going to build my first home over the next year and I would like to use alternative energy to power it. I would love to do this legally Mr. Prime Minister.

Eli, You can use alternative energy to power your home legally. That entails sharing ALL your plans with APUA and getting their approval in advance. On this basis, if you generate excess electricity you can then sell it to APUA.