John Gonçalves or "Bushy" to those who knew him.

Yesterday we attended a service for John Gonçalves who we all knew as Bushy here in Antigua. My father gave the eulogy in the Holy Family Catholic Church and spoke about a Facebook piece I wrote for Bushy. Many people after the service asked where they could see it. Some of them are not on Facebook so I decided to repost it here on my old blog site. Please share it with friends who couldn't make it to Antigua.
There's always so much more that we can say about great men who've passed on but here's what I wrote last week on Facebook:

They say a person's formative years are generally those between puberty and adulthood and I think there couldn't be a better way to describe that time in my own life. Who we are really has so much to do with what goes on during that time. Who we spend time with, the experiences we have, the places we live in and around all help "form" the man or woman we become. I was lucky enough to have spent time with Bushy during my formative years and there's no doubt I'm a better person for it. My dad got a used sport fishing boat when I was about 13 and almost every Sunday he went fishing. His first mate was John Gonsalves who we all knew & know as Bushy. Instead of learning how to be a good grown up in church on Sunday, I got my lessons out at sea with a different group of guys. I don't think I've met many people with as much integrity, honesty and empathy as Bushy had. He was as loyal a friend as anyone could find too and very generous with whatever he had. The thing that most will remember him for was his sense of humour. Today on Facebook so many people described him as a character, and for sure he was that too. When I first went fishing with them I'd get sea sick and despite that I eagerly looked forward to each session. We ended up calling our fishing sessions "church". The ritual was something I'll always remember. Leaving at dark with Bushy still a bit tipsy from the night before and smelling of extra strong cologne, getting outside the reef into the usually rough Atlantic, the horrible smells of engine fumes, cigarettes and ballyhoo, interrupted by bushy cooking his special and delicious corned beef in fresh bread for breakfast, bushy hauling in big tuna, Wahoo, dolphin fish and kings, then my his amazing bacalao for lunch. Throughout the day he'd play tricks on anyone who was on the boat. He was one of the funniest guys I've ever met. But more than just a wild funny prank playing character, Bushy was a solid human being. He was careful to make sure he gave me good advice about life and how to live it respectfully. He was so kind to all of my family and especially to my grandmothers. My mom's mom loved Bushy and he would always give her gifts like mangoes and delicious avocados whenever she was in Antigua. During the week he ran the Bolands service station which has a small shop and post office. In fact, he was a postmaster. He also made rum there which hopefully will continue to be made. He was criticized by some people for his weekend drinking and I remember him telling me so many times that he didn't care about what people said because he lived his life to the fullest without bothering anyone. He would love to say that there's only one thing a person has to after they are born and that's die. He preached out there at our "church" that because death was the only sure bet in this short life you better enjoy the time you're given. "As long as you're not hurting anyone, you better enjoy it". It is a lesson that so many fail to learn to their detriment. He was a special person and so many people were touched by him in various ways. When my son was born two years ago Bushy eagerly asked for updates, encouraging me to bring him down for an introduction. When my son was old enough Bushy would send various fresh fruit for him. A year ago we all went out boating for my son's first birthday. It was a beautiful sunday out and the last time we were boating together. Bushy loved Skye and sent the best mangos for him whenever he could get them. One of my son's first sentences was "Bushy mango good!"Today Antigua lost a legend and an unsung hero. He will be missed by many. The world needs more people like Bushy but I don't think we'll find another. 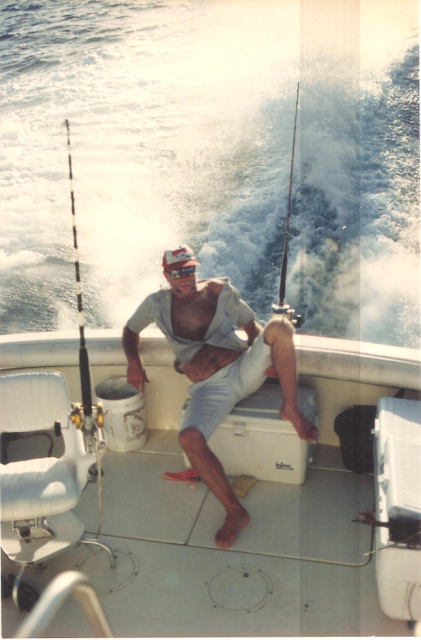 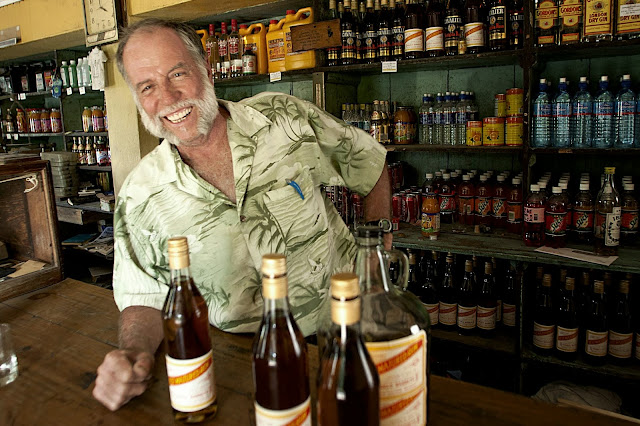