Where my tax dollars went over the past ten years. Part 4

In Part 1 and Part 2  I spoke about horrific wastes of tax dollars which have left this country broke despite the UPP government doing the best job in history of collecting revenue. No government in this country has collected as much tax money as they have. Not even close, but we are broke. According to a leading economist, the ALP never collected more than EC $180 million in any year that they were in power while the UPP has collected as much as EC $778 milllion in 2008. In Part 3 I spoke a bit more about colossal wastes of money. Here I will speak more along those lines but more on failures.

I guess I should have included the BAP company failure with the Royal Antiguan Hotel messup. BAP was a company setup by with the help of the government six years ago. 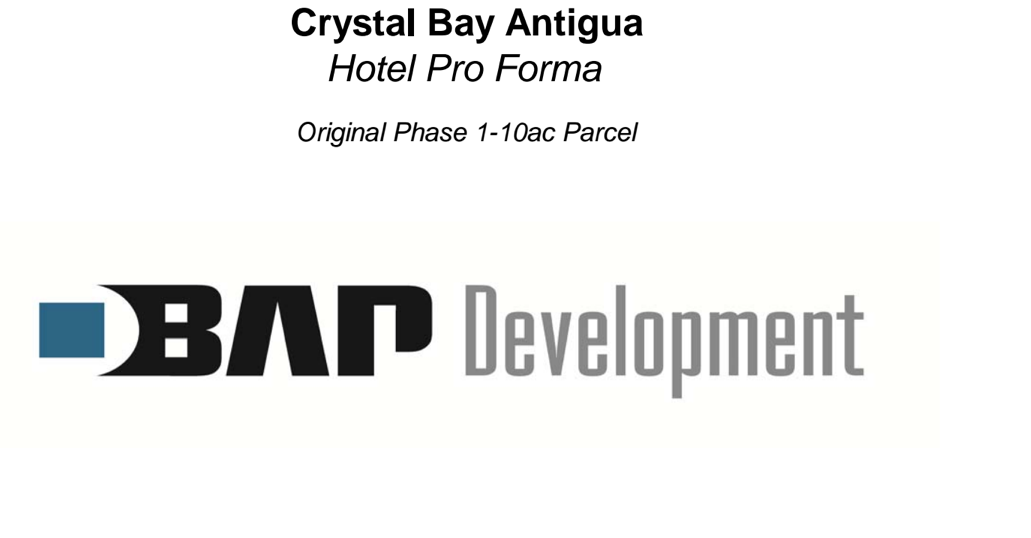 The government put ten acres of beachfront land at Valley Church into this company. The company's shares were split up between a foreign real estate developer who got 70% of the shares and the remaining 30% was kept by the government. The majority shareholder didn't pay a cent for the land. How on earth did this happen? We will never know. They did nothing over the past 6 years and now are trying to sell or be compensated for their shares. Certain people within the UPP hierarchy were completely against this crazy scheme. One of them sent me the documents just now. Our Tourism Minister was sold on the idea. Value for money after 6 years? Remember this foreign entity got 70%
without investing a penny in the land. Corruption, incompetence or something else. You be the judge. 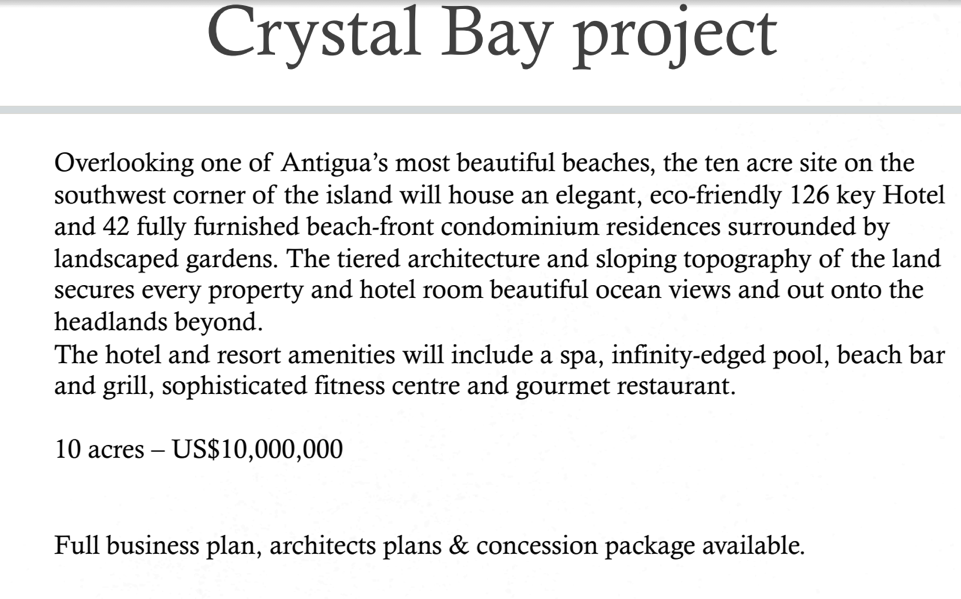 Now for the stuff that really pisses me off. How about sewage?
Anyone remember when Caribarena posted dozens of photos of raw sewage being dumped into the mangroves from the top of Cooks dump? I would show the article but caribarena is down again. Remember our minister responsible for Agriculture, the Environment and Fisheries is Hilson Baptiste. The article sparked a discussion about sewage and what happens to it around the island. It's a very shitty situation and many people were shocked and outraged. Promises were made but what do you think has happened? You guessed it. Nothing. Same shit different day. Meanwhile hundreds of millions in development are being planned and spent for the harbour down current of the crappy situation. 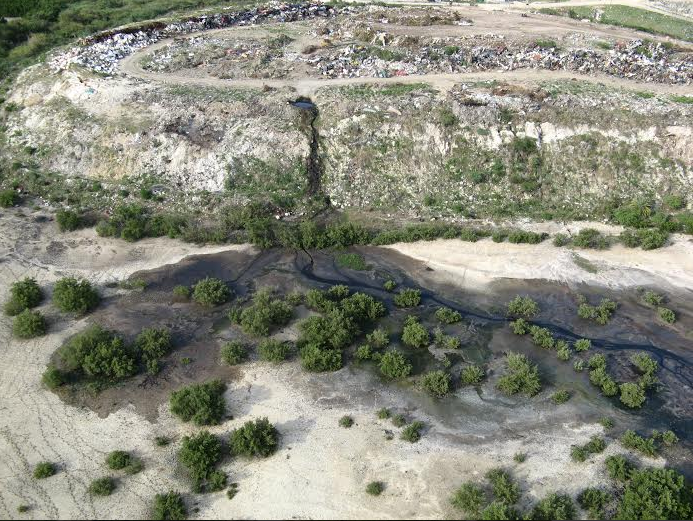 Speaking of nasty stuff floating into the wetlands and ocean. Remeber the garbage in St. Johns? Back in September 2009 I posted this blog showing endless garbage flowing into st johns past a cruise ship which was on the dock there. The Antigua Sun newspaper did a story on it and there was some public dialogue. The problem could have been fixed by using proper grates on the sea end of the gutters and then to have them cleaned occasionally. What do you think happened? That is right. Nothing at all! Minister responsible for Fisheries and Environment got good at solitaire.

Then there was the massive oil leak which is still going on. I blogged about the waste oil issue and once again it got plenty of media attention. Click here to read the blog. 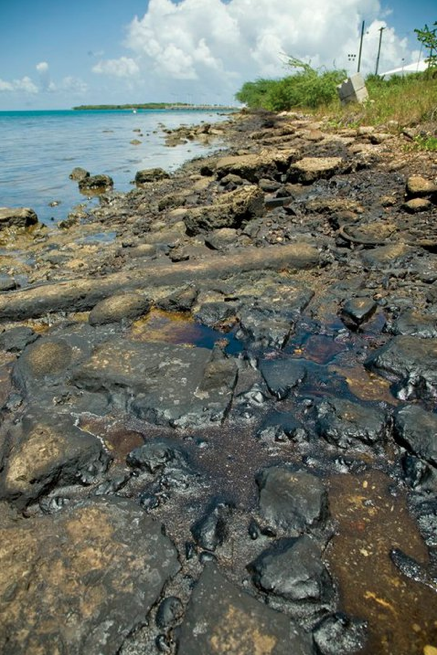 That was August 23 2010. Again, what do you think happened about it? Nothing of substance at all. What did happen was that I was invited to the Prime Ministers Office to discuss the issue. Not too long after that PM Baldwin Spencer opened the "new" Wadadli Power Plant (Chinese generation plant). In his speech up at Crabbs Peninsular he spoke about building a waste oil recycling plant which would be able to deal with all the waste oil that these new generators would go through. What do you think happened? You got it. NOTHING. Oil is still exactly as it was back on August 23 2010. Again where is the environmental policy of the UPP and the Solitaire player?

Staying with the Environment. Remember how hard we had to fight to get the new Fisheries Regulations? While it takes great skills to be a bad ass solitaire player on your computer screen, people shouldn't be paying the salary of a Minister to do that while years and years go by with legislation sitting unsigned on his desk. This is the same minister who convinced to Cabinet of Antigua and Barbuda to issue executive orders to the Fisheries department and Coast Guard to stop enforcing the law on spear fishing. Whether you agree with that type of fishing or not isn't the point. Baptiste did nothing for fisheries until we the people forced him to. Read more in this little blog post.

What happened to the Environment Management Bill? Another one stalled by Minister Hilson Baptiste and the UPP government. All these years later the Environment Division still has no legislative powers which is why so many environmental atrocities happen here each year. It is a piece of legislation that just won't be signed because it takes power away from the Ministers and puts it in the hands of the people and also with the Environment Division.

More coming as to why I can't support another UPP term coming in Part 5.