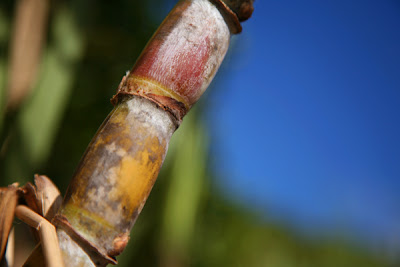 Antigua, named and claimed by the Spanish, was actually inhabited periodically by amerindian people from about 2000 BC up until shortly before the Spanish arrived. Although the Spanish claimed ownership of the island, they never made any settlement whatsoever and it wasn't until nearly 150 years later that the British finally settled here. One of the things that steered the European people away from settling here was the fact that we had no streams, rivers or springs, and for a colony to prosper, a healthy supply of water was needed.
The islands nearby didn't have that problem and between 1500 and 1650 many of them became colonized by French, Dutch and even the British for various agricultural and mineral uses. Without the trade Caribbean in sugar, cotton and tobacco many wealthy countries today would not be considered "first world". Of course with the immense wealth that was being generated here from the Caribbean, there were disputes over various settlements, islands and trading routes as well and they all had to be protected. Port Royal in Jamaica, which was the main British Naval base, was too far from these Eastern Caribbean islands and their trading routes back in the mid 17th century, and the British needed somewhere closer in order to base their fleet. Antigua and its famous protected "hurricane holes" on the south of Antigua became very attractive to the Brits and the Nelson's Dockyard as it is known today replaced Port Royal as the main British naval base for the eastern side of British West Inides.
With a strong naval base, colonists felt secure enough to try agriculture, and with the introduction of African slaves to the area round about the same time the colony quickly grew to catch up St. Kitts and Barbados. Sugar was at the time becoming a drug like addiction in all of Europe and Britain was no different. Antigua's semi-dry climate seemed to work well for sugar cane, and large areas of land were cleared for plantations. Each plantation would have one or more wind mills. We'll speak more about sugar tomorrow.
Posted by 365 at 6:23 pm