How not to find water! 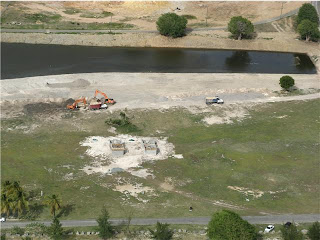 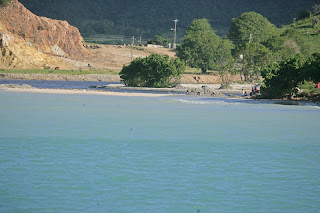 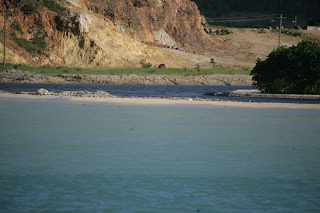 How do you square your eco views with the utter destruction caused by desalination plants??

First of all you don't give your name, then you don't give any info to back up your suggestion that a desalination plant leads to utter destruction. We have had a massive desalination plant inside of a very sensitive ecological area for over 25 years and I haven't seen this utter destruction (apart from the oil they dumped from their machinery). Of course there are many environmental implications, but can you give me a better solution to give 100 thousand people and a huge tourist population potable water here on the island?

While I have strong "eco views" as you put it, I try to be as realistic as possible. The best thing that could happen for the ecology of this island is that we ban tourists from coming here, send out all non native animals and plants try to cut the human population of the island down to about 10 thousand while sterilizing all females. The best thing for the environment here is not to have any trace of human impact. Realistic? No, so we have to manage what we have as best as we possibly can which is exacly the point of my last question in the comment above.

WHY NOT USE TREATED WATER??? they are clean and cosless!
Yes, I repeat: why not use treated waters for differnet purpouse like garden's irrigation, agriculture needs, etc. There are a lot of ways that can be followed. One of this is treatment wetlands: you can build treatment beds that looks like tropical gardens and the results are clean water that could be reused! take a look at: http://treatmentwetlands.blogspot.com/ . SAVE POTABLE WATER for noble use like igienic or hospital or foods preparing... use treated water for all the other needs. You can do it!
HOW to obtain treated waters? is simple. You can start fron a traditional treatment plants and put a treatment wetland as tertiary treatment step then according to the needs you can use a Cl-line for didinfection.
It'n not impossible, I think that there are also funds to do that!