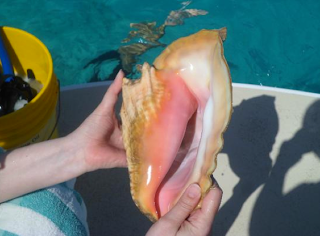 As many readers of my blogs know, the 2006 Fisheries Act has been sitting languishing with the Minister of Fisheries, waiting for him to sign off on the accompanying regulations. While awaiting this evasive signature, unsustainable fishing methods continue to prevail in our marine environment. The total lack of marine management remains incredibly disappointing. Time and time again highly educated and knowledgeable fisheries officers have been quoted as saying "our hands are tied until we have signed regulations". The call to have these regulations signed has come from far and wide within the community mainly because of the situation we are seeing out on the water, but also because the document in questions and it's regulations were developed after consultations with fishers, their associations, environmental groups and other stakeholders. We were all just waiting for the Fisheries Minister's signature. The Antigua Conservations Society decided that all of these stakeholders had done enough complaining about the situation without getting a result. We had all read enough articles in Caribarena.com and in the Daily Observer about the situation and we had all heard stakeholders on the radio being interviewed. The island was fed up with wrongs not being made right with lobster fishing, with parrot fish netting, with conch fishing, and with all the other types of uncontrolled over fishing. We felt that there was no doubt that we needed to take it all to the next level. Our first step was starting a simple online campaign with change.org which attempted to collect signatures petitioning the Prime Minister of Antigua and Barbuda to get involved. It "went viral" here in Antigua and the media seemed to love the concept and more and more "buzz" only helped the cause. Within a short time we reached 2000 signatures to Prime Minister, Baldwin Spencer begging him to get involved in order to save our reefs and marine eco systems.
It wasn't long before we saw results. Minister Hilson Baptiste who is minister of Environment, Minister of Fisheries, Minister of Lands, Housing and Agriculture was interviewed saying that he was doing something about the situation and would in fact sign the Fisheries Act's Regulations, but first he was instructing his Chief Fisheries Officer to organize consultations on the regulations once again. Although there was some disappointment due to the fact that these consultations had happened before, it was action nonetheless. As it turned out, the consultations initiated by the Minister went very well. The Antigua Conservation Society was represented at the meetings by Fran Fuller, who had at one time represented the country and the Minister at climate change conferences around the world while working within the Ministry of Environment. Fran reported that the consultations went very well, and she felt that the Fisheries did a very good job of facilitating this fresh round of talks.
There were several sessions including sessions in Barbuda, and stakeholders from both across both islands offered input which as it turns out only made the regulations stronger. The new contributions from stakeholders only served to confirm that stronger protection measures are indeed needed and welcomed by a wide cross section of the community. Yesterday I spoke with Chief Fisheries officer, Cheryl Appleton, who confirmed what Fran has said about these consultations. She said it was fishermen who called for stronger regulations than the ones which had been sitting unsigned on the Minister's desk, and I got the feeling that she was very enthusiastic about the change that has happened. According to Mrs. Appleton, The Minister is eager to sign off on the new regulations just as he said he would in the recent interview. She says that he will have it all delivered to him by the end of this week. This is fantastic news and goes to show that we can make a difference here on this little island with just a little effort. The Antigua Conservation Society, our supporters, and all the 2300 people who signed the petition in the hope of getting the Fisheries Regulations have all made a difference, and we should be happy that the Minister is moving in the right direction. It looks like step one of our campaign may have been was all that was needed for now. It remains to be seen if the regulations will come into effect as promised and the ACS will remain vigilant, but for now the Minister seems to be doing the right thing and many of us feel good about the momentum that is pushing this important issue forward.
Posted by 365 at 9:22 am

Kudos to the Fuller family and ACS for taking on this challenge and initating the petition! I hope the government follows through with their promises. Long live Antigua and their beautiful marine life.
Donna Breen