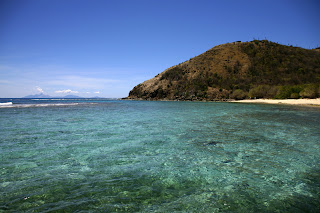 While at university getting my business degree my curriculum directed me to take several electives which were any classes could fit into my work schedule. You had to do them and the choices were not always that interesting to me. After all my school was primarily an engineering school and the study of fluid dynamics sounded extremely difficult no matter how interesting. Instead I was lucky enough to be able to pick three different environmental science classes over on year, a human sexuality class, and I did a advanced open water diving certification which was offered as an elective too. Cool huh? I had almost ran out of “easy” elective options and the only class that was left that looked easy enough to fit in while trying to get through Managerial Accounting, Finance, and Economics classes was a course in Photography. Surprisingly is was a three credit class over three months which was quite a bit for something I thought would be so simple. Hey I could handle it…and I had heard that there were always cute girls in that class too. I borrowed a camera and signed up for the night class. From day one, I realized how wrong I had been about this class. As usual because Florida Tech was mostly filled with engineering majors the cute girl thing didn’t materialize. Now I don’t want any engineering majors to get upset with me, but back in the very early 90s most of Florida Tech was made up of men and the few women there fit the unfortunate engineering major stereotype which at the time wasn’t my kind of match. Anyway, I was there to learn and in this case learn about photography. My teacher seemed to be a nice guy who was quite obviousely extremely talented, but I was sure that he must have been a drill sergeant in his last life. For the next three months he forced us to do an incredible amount of work and I ended up trying to find time to deal with my other business classes. He was specifically interested in making sure we understood the technical aspects of photography focusing on the subtle differences that changes in shutter speed or aperture could accomplish. Very surprisingly I found out that I actually enjoyed completing the assignments and it ended up being a favorite class of mine. After graduating I didn’t spend much time taking photos since it was so expensive to get them developed. I was spending every available cent on my windsurfing career anyway, so my camera got moth balled and forgotten. Then came the digital revolution and all of a sudden you could get an inexpensive digital camera that you could manually adjust the settings like you would on a proper 35mm camera. I got one and immediately fell back into it. Over the past few years I have done quite a bit of photography for two main reasons I guess. One is because I find it quite relaxing and the other is because I like showing people the adventurews that my friends and I get up to. Not everyone will get an oppottunity to see some of the things I have been lucky to be part of, and I know that many enjoy the images. Some time ago I was shown a site called Flickr which is one of the many photo sharing sites on the net. I kept on getting harassed by friends to email them photos I had taken while out at the beach or at a party and emailing images is always a time consuming business. On flickr there is a simple uploading tool that you can download which helps you put your photos of any size onto the net in seconds. Once they are up there then you just have to email the ling to your friends and then they can pass them around or not. Flickr was purchased by yahoo recently and it has turned into one of the biggest photo sites on the net. All you have to do is type in a search for a particular photo and flickr is one of the sites that comes up. For example if you type in “photos of Antigua” into a google search you will get flickr coming up first. More and more people are finding my photos on the internet and often if they are flickr members they will comment. Most of my friends here on the island who have cameras have flickr accounts now and I think the site encourages people to take better photos. Anyway, I have always kept this particular flickr account separate from my business as its been quite personal in some ways, but recently more and more people are finding it and keeping it separate seems silly. I have been adding photos for what seems like ages and they are not all from Antigua. Hope you don’t waste too much time on them. The site is http://www.flickr.com/photos/antiguan/ enjoy.
PS Today is Tony’s birthday and tomorrow is JD’s. Happy birthday to both of these great guys. I am so lucky to have them working with me. The photo above is of JD taken at his dad’s wedding on Saturday. The other is of Tony just after doing one of his famous dives. The one at the top was taken on a private charter i did last week. 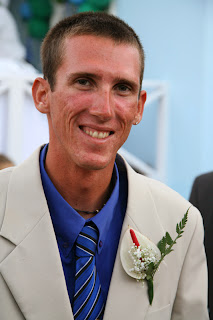 totally agree - both these guys are terrific and a huge asset to adventure antigua! happy birthday boys!hope your year to come is the best!

Happy Birthday to JD and Tony from Jodi and Ernie!