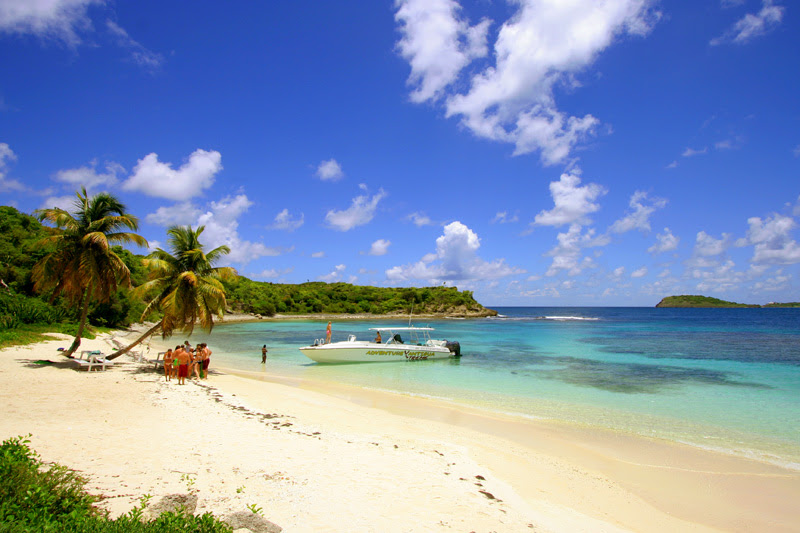 We'll after one nite and a day of clouds and rain we are back to normal today with nice calm seas and loads of sunshine. Despite what the little animated "five day forecasts" say we are usually hot and sunny here in Antigua. Do you know that weather.com and yahoo weather and most of the rest of the internet animated forecasts predict rain every day of the year. Today and the rest of the weak reads incorrectly like this on yahoo weather:
Its always been the same. I mean when we haven't had any rain in weeks and all the greass around the island is brown they are still saying its raining here. The reason behind it is that our local forecasters' reports say "fair to partly cloudy with a chance of scattered showers" every day, and the big companies interpret that with animated rain clouds which you cant see above but would see on the link. Anyway, most of our emails come in with comments from guests worrying about the rain (that we are not getting) and for 7 years now i have been trying to reassure people that we are not the rain capital of the world. In fact, we probably get less rain that 95% of all Caribbean Islands.

Enough about weather, since this weekend looks like it will be a calm one, i am going to take some of the crew deep sea fishing. Its what we like to do on our days off at this time of year. This is actually a very active time for a fish called Wahoo. They fight incredibly hard and are sooo delicious. We have done quite a few fishing tournaments since we got our boats and if we go to a new one some people laugh and say "you are a snorkeling boat...not a fishing boat". Well by the time we get back in that laugh is long forgotten because we usually do well. Here is an example of Tony's marlin from last May: http://static.flickr.com/75/153881678_e20871ad18_o.jpg
Look out for photos of the monster Wahoo that we are going to catch this weekend. We all love to eat fish and don't like buying fish. We have to catch something!!!!