As i mentioned in my blog from yesterday, we had been working very hard on the rig and rudder and all the bits and pieces that go along with it. We were rushing far too much and it was stressful for all involved. Olly and Stevie who had come down from Antigua to help out were taking a few photos in between working like slaves too. Here are some of Olly Cobb's photos from the last few days before our maiden voyage. Thanks not only for the hard work you put in Olly, but also thanks for the great photos that help tell the story of how this yacht came to life. 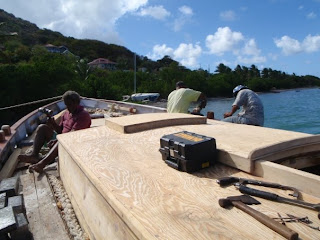 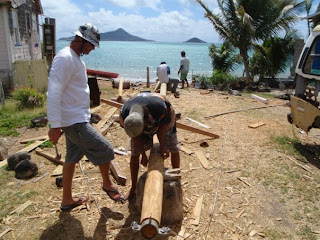 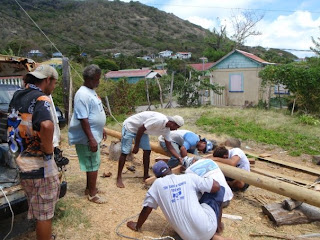 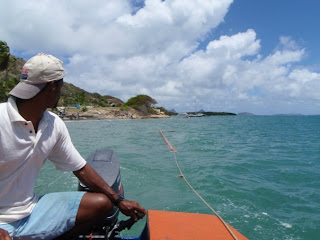 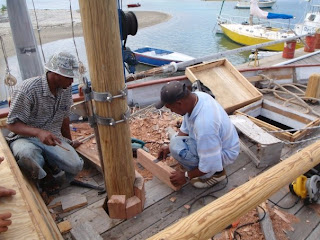 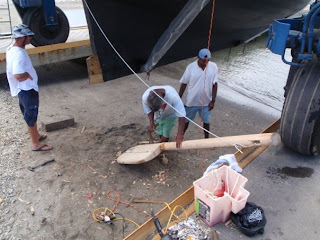 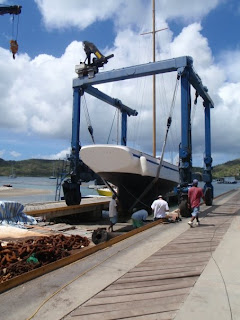 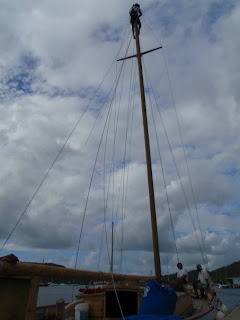 After all the lacing had been done on the main sail and stevie had fixed a little rigging problem at the top of the mast, we were ready to push off the dock. 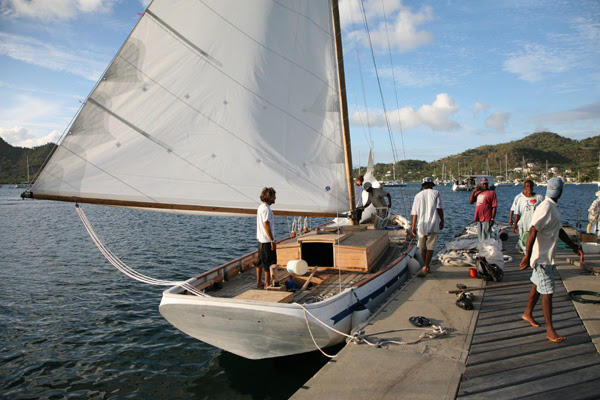 The sun was setting and we were going to sail all the way back up the coast to Windward. Once we had pulled in the massive anchor we were off quietly. 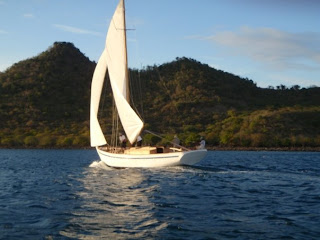 Many yachts in the bay knew this was the first time Ocean Nomad was sailing and they took photos and cheered for us. Frankie who had been helping the last few days and who had towed our mast out to the yacht was going to follow us. After all, this was the first time she was sailing. Alwyn son Cal took the helm to get us up the coast and we proudly sailed along at a good rate. 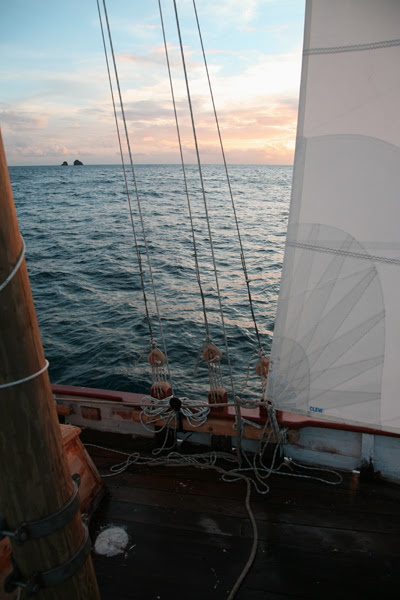 There were smiles all around to finally be at this stage. Nothing was going wrong except the fading light in the west. 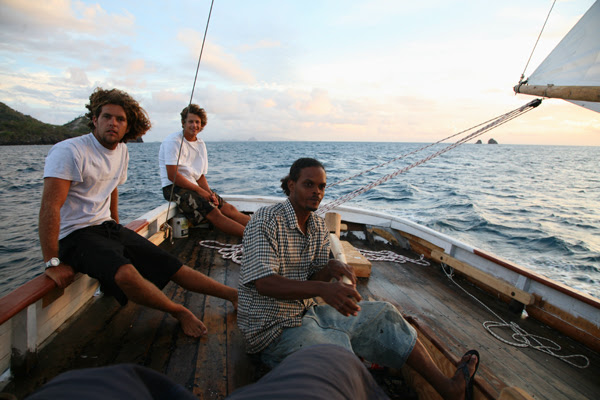 The fresh winds were something beautiful and as the sun's light diminished the moon's took over. There was a blanket of fine upper level clouds which seemed to help give us enough light to see what we were doing as we sailed up the coast. Coming into the small channel between Windward's barrier reef was pretty scary, but Cal said he had been doing it all his life and i trusted that we would be safe. There was plenty enough light to see all the coral heads and fans passing below us as we cruised over the shallow reef. I can only imagine we had a foot or two to spare under the hull and stevie and olly traded funny looks. By the time we dropped anchor we were all very tired, relieved and happy to actually have accomplished what we had set out to do some 6 weeks before. Tomorrow we would set off on a 300 mile trip for Antigua with no engine and on a boat that had only ever sailed a 2 hour inshore trip. We were two days behind schedule and needed to depart ASAP in order to make Antigua Classic Yacht Regatta.
Posted by 365 at 11:23 am No comments: