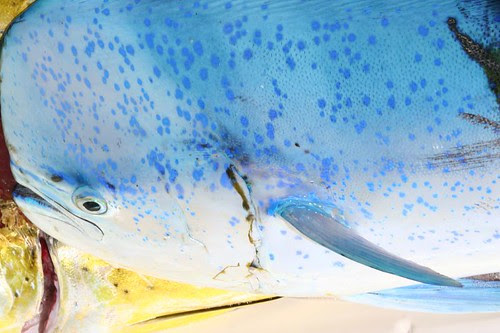 May and June are the good months for Blue Marlin fishing in Antigua and although this season seems very slow getting started we managed to get our first Blue this past weekend. It was our second time out looking for them and although we had caught some lovely mahi mahi the first day we had seen no marlin then. Day two was much better with four mahi, one tuna and a nice release of a blue marlin. The blue was not even hooked as the hook was just looped around it's bill. We released the 150-175 lb fish to fight another day. Here the little movie shows part of the Xtreme Team having some fun.

The biggest tournament of the year is being held in Nelsons Dockyard at the end of the month. For more info and even some photos you can check their site. It's the 43rd year this tournament has been running and Adventure Antigua has done many of the recent ones. 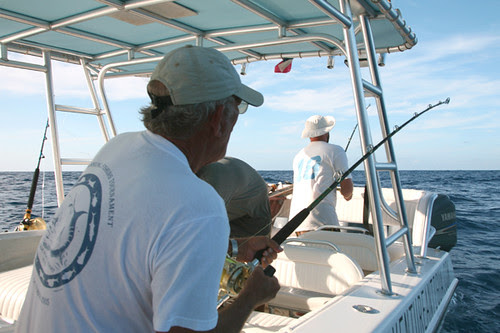 Will let you know how day three of our practice sessions goes later in the week.
Posted by 365 at 8:47 am 3 comments: