Of course at the start of every New Year millions of people all across the world try to make positive changes according to their “new year’s resolutions”. I have decided that I am going to try to get a little fitter this year and more importantly I want to have something physical to do on a regular basis. 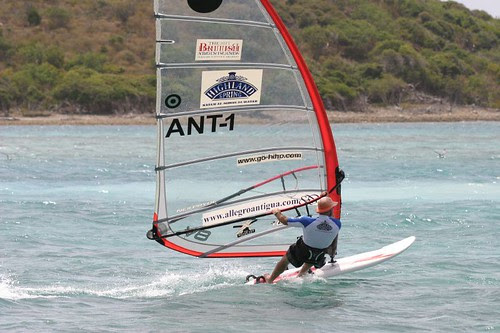 With all the injuries to my joints from years of windsurfing and kitesurfing I have to try something new and less Xtreme. 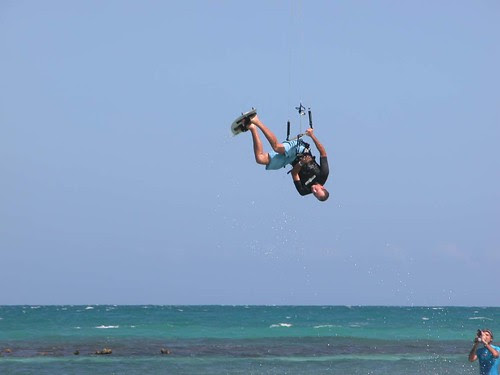 It’s gonna be Golf.
I can imagine many of you shaking your heads, but I have always been interested in the technical and tactical aspects of golf. In fact, in the old days many of my friends on the pro windsurfing tour would play golf whenever they had time off.
A few months ago I was in the San Juan airport in Puerto Rico and noticed with excitement a new Carl Hiaasen book. I have read every book he has written and immediately snatched this one which was called The Downhill Lie. Little did I know this book was something entirely different than his usual crazy environmental and crime ridden works of fiction. There were no snakes being dropped on to cruise ships, there were no former governers living in the bush and eating road kill, there were no captive dolpins killing the bad guys by trying to copulate with them. This was just his golf memoirs. I got duped just like many others into buying a book completely about golf. Oh well, he is a funny guy and I decided to read it. While reading it I visited some friends in London who had recently purchased the Nintendo Wii game that came with the Wii Sports. After seeing them play golf using their remotes like clubs to whack imaginary balls towards a green, I knew I had to give it a try. Wii has revolutionized what I call “video games” by adding physical action to what has always been a true couch potato activity. Check this random video of some guy telling you about it.

The game is way better than he makes it look btw. Anyway, it was silly and fun, but actually taught me what a par was! In fact it taught me plenty as I had no idea about the game even though I was reading a book about it. The next thing I knew was that I had a Nintendo Wii and was playing golf back in my home in Jolly Harbour. Of course this wasn’t the steady activity that I was hoping for, but it was a good bit of silly fun. Most of the Adventure Antigua crew has been over to play Golf and Tennis. Trevor who is one of the best cricketers and tennis players with the AA team sucked at Tennis but was far better at golf. I guess the rum and cokes didn’t help for tennis too well. Anyway, the next thing I had to do was to get some proper lessons. For Christmas my mom got me some golf lessons and yesterday I took my first one at the Jolly Harbour Golf Club. The pro there, Ulrich Francis, admitted that although he has given a huge number of lessons, he had never taught anyone who hadn’t held a golf club before. I was the most inexperienced beginner he had ever taken onto the course which didn’t sit well with me. Isn’t a beginner someone who hasn’t played before? Well anyway, I was the most legitimate beginner he’s ever taught and it wasn’t easy for either of us. I had to learn how to hold the club (a sand wedge), I had to learn how to bend my back properly, how to position my feet with weight in the right places, how to bend my knees properly and push my ass out correctly, I had to learn how to swing, had to learn how to release and hold it, I had to learn how to twist my hips the right way and most importantly I had to turn my right leg and foot towards the left. There were other things too and this was all before I could begin worrying about hitting the blasted ball. JEEZ this was not nearly as easy as I thought, but then again I had just read a book about how insanely hard the game was even for experts. After 30 minutes I was sweating and there were balls all over the place. With the club that was too short for me I think it didn't make much difference. I dug some nice holes (divots) and made a couple of hits where Ulrich seemed to be happy with. He was concerned about my obviously broken arm and about my knee pain, but was optimistic that me playing a round of golf may happen some day. Lesson two will be Thursday. My good friend Andre Phillip who I taught how to Kitesurf before he became one of the best kitesurfers on the planet has been harassing me to get these lessons so that he can have another person to play with here. Since he is leaving on Saturday, I think he will have to wait until he comes back from his next international kitesurfing adventure. Wish me luck tomorrow and by the way I am way better than the guy in the vid. lol
PS. Mom, thanks for the golf lessons....... i think.
Posted by 365 at 10:12 am 3 comments: