windsurf Race number one at HIHO 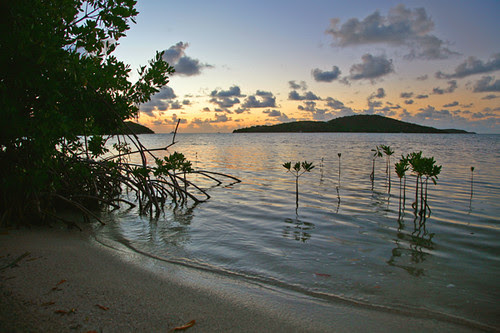 OK, I am not as fast to write my blog as I should have been and now the racing news is on the web for all to see. Usually at the HIHO windsurfing regatta there are 2 races the first day one every other day except the last day when there are two races. This means that there are usually a minimum of 7 races. When the winds are strong there can be more. Two years ago when I was the race director there I ran 9 races which was good fun for everyone as it gave more chance for people to catch up if they had made mistakes in the early races. Another important thing is that there is usually one “discard” after 5 races which means your overall score would consist of the best 4 of the five races.
Anyway, after having a nice b’fast at the Bitter End it was time to rig up my one and only sail, a 10 square meter race sail made by North Sails, and pass some 600 grit sand paper over the bottom of my old board before heading out to the start. The winds had died down and it took me forever to get to the start line a mile up the coast from the hotel. The winds were very light and after some time they decided to send us to the nearest beach for lunch.

It was here that Tony and JD got a chance to captain something other than the Adventure Antigua boats. We gave them windsurfing lessons and they were immediately hooked. Both of them did very well and almost didn’t want to give Mykl back her intermediate windsurfing equipment.

After lunch there was another skippers meeting and they decided to cancel races for the day due to the light winds.

This was perfect for JD, Tony, and Mykl who spent the afternoon sharpening their own windsurfing skills. The waters were so warm there on the almost deserted Eustacia Island and it was plenty of fun coaching the newbie windsurfers.

It was another chilled night for some of us at Bitter End while others including members of the Adventure Antigua crew partied until the wee hours. The winds picked up a bit the next morning and things looked good for a race. You see, knowing that my knee was still in very bad shape after three operations, I was planning on only giving the whole race thing a try. All the doctors I had been to would have shaken their heads at the thought of me taking part in the 100 mile HIHO windsurfing regatta, and to tell you the truth…..I had no intention on doing it either.
The red flag went up on the start line which signaled that we had 6 minutes before the start. A tiny shot of adrenalin pulsed through my veins and I smiled remembering how common that feeling was when I had first started to race in these waters back in the summer of 1985. By the time I went to the Olympics the adrenalin had stopped pumping out on the start line so it was almost a nice feeling.

Yellow flag………3 minutes before the start. Some windsurfers were racing up and down jostling for position and others just sat still waiting to burst through the line between the committee boat and the start buoy. The winds were still light and although it wasn’t going to put too much stress on my knee, it would on my unconditioned body. In light winds you have to “pump” the sail and exert so much energy of your own to keep “planning” or going fast. Yellow flag down…….one minute to go.
I had borrowed a proper sailing start watch and the big digital numbers showed only seconds to go. As it was the first race everyone was a bit nervous and windsurfers were packed like sardines near the committee boat. There was going to be a crash for sure. At 20 seconds I started racing towards the line hoping to cross it with space and speed. Five seconds before the red flag, someone cut right across my path. He had right of way and I had to do a sharp turn around him and back to the line. I was sure I was going to clip him, but managed to just miss and come out on the other side with an unobstructed view of the line and clear winds above me. Red flag…..GO! We were off and I was immediately surprised to be ahead. The two best places to be ahead are at the start and at the finish. I had half covered and just had to get to the finish in the same position. The race was long and difficult and one of the juniors caught me up half way and gave me a hard time for quite a part of the remainder. Luckily he made a mistake and all of a sudden there was another racer there challenging for the lead. He was in the open class which means he is permitted to use any kind of equipment whatsoever and I was in the One Design class using a 4 year old race design which was being used by most of the people in the event. It wasn’t as fast in the light winds as the Open class gear and I was passed easily on the downwind leg towards the finish. The winds got very fluky between the islands and we both “fell off the plane” which means stopped going fast. There was a squall coming behind us which was sucking up all the winds, and we both knew that once it got closer the winds would be much stronger than they had been for the day. My competition at this point was Nat Ford from St. John, USVI. I had raced with him in Puerto Rico about 6 years before and I knew he was good enough to easily beat me if I didn’t sail smart. In the light winds with islands on either side of us we exchanged the lead several times with only one mile to go before the finish flag on Prickly Pear Island. The squall finally pushed some winds our way and we were off again making quick gybes between the islands. Somehow I managed to edge him out and make it to the flag first. Phheeeuuw! I was tired and happy to have finished 1st in the 1st race I had done in years and years. I had probably only been on windsurf race gear 6 times since 2003 and was stoked to have done well. Maybe I would have to try another race the next day, but that one would be very tough on my knee. Sailing on starboard tack 12 miles across the Atlantic channel between Virgin Gorda and Anegada would be very tough indeed. I wasn’t sure about it and would see how the knee felt in the morning. For now it was time to go chill in the lovely room of Bitter End once again where we could see Anegada off on the horizon beyond Eustacia and Ncker islands. The first photo was mine, the ones in the middle were from my racing friend Ricardi and the last was done by MDC. Hope you enjoyed 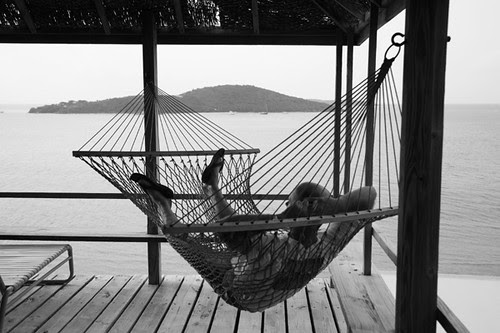