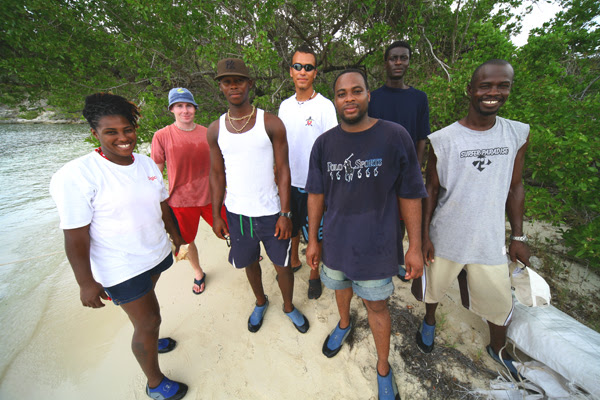 Chris Weeks, seen with the shades on in the above photo, has been working with us since the summer and has fit in very well considering he was working for an airline before jumping aboard our boats. It's not surprising though as he grew up in Antigua enjoying the sun sea and sand just myself. I had seen chris many time out on Dive boats when he had days off and he had come with my family camping in Barbuda earlier this year too. When i heard that Caribbean Star Airlines was going to merge with LIAT i knew that there was a possibility he would be looking for new work. He was one of many who lost jobs when Allen Stanford closed down his caribbean airline and I was there offering him a job with us at Adventure Antigua months before his last day with the airline. Thank God he accepted my offer because he has proven to be extremely helpful, fitting into whatever role and situation that comes up. The rest of the crew enjoy working with him too. What anyone will notice about Chris is that he is always willing to go the extra mile with whatever he is undertaking. No job is too hard or too difficult..... he will give it his best shot every time going above and beyond what is expected. The photo above and below show him helping out on clean up campaigns we went on back in September. He had to work on the Eco Tour on all week long and then came to Bird Island to clean up on the Saturday, came out to Green Island and Rendezvous Bay on Sunday and was ready to do an early leaving Xtreme Tour on Monday. He has soooo much energy and enthusiasm and is the kind of person who isn't happy unless he is doing something productive. This last part about him made his trip to the Nevis fishing tournament with us even more terrible because he was too sick to really help out (or so he thought). IT was very rough out 30+ miles from shore and going only at 9 mph the boat was rocking and rolling way too much for him. He was very ill and managed only to help when we had fish on the lines. The poor guy was more upset about being of little help than he was of being very ill. Anyway, some of you may have met him on the tours and some may have spoken to him via email this past week when he was filling in for Nell answering messages until 10 pm some nights! IF not make sure you say hi when you see him on the boat. He's the one in the back row on the right hand side without a shirt on seen here after a massive clean up of some of the off shore beaches (click on the image): 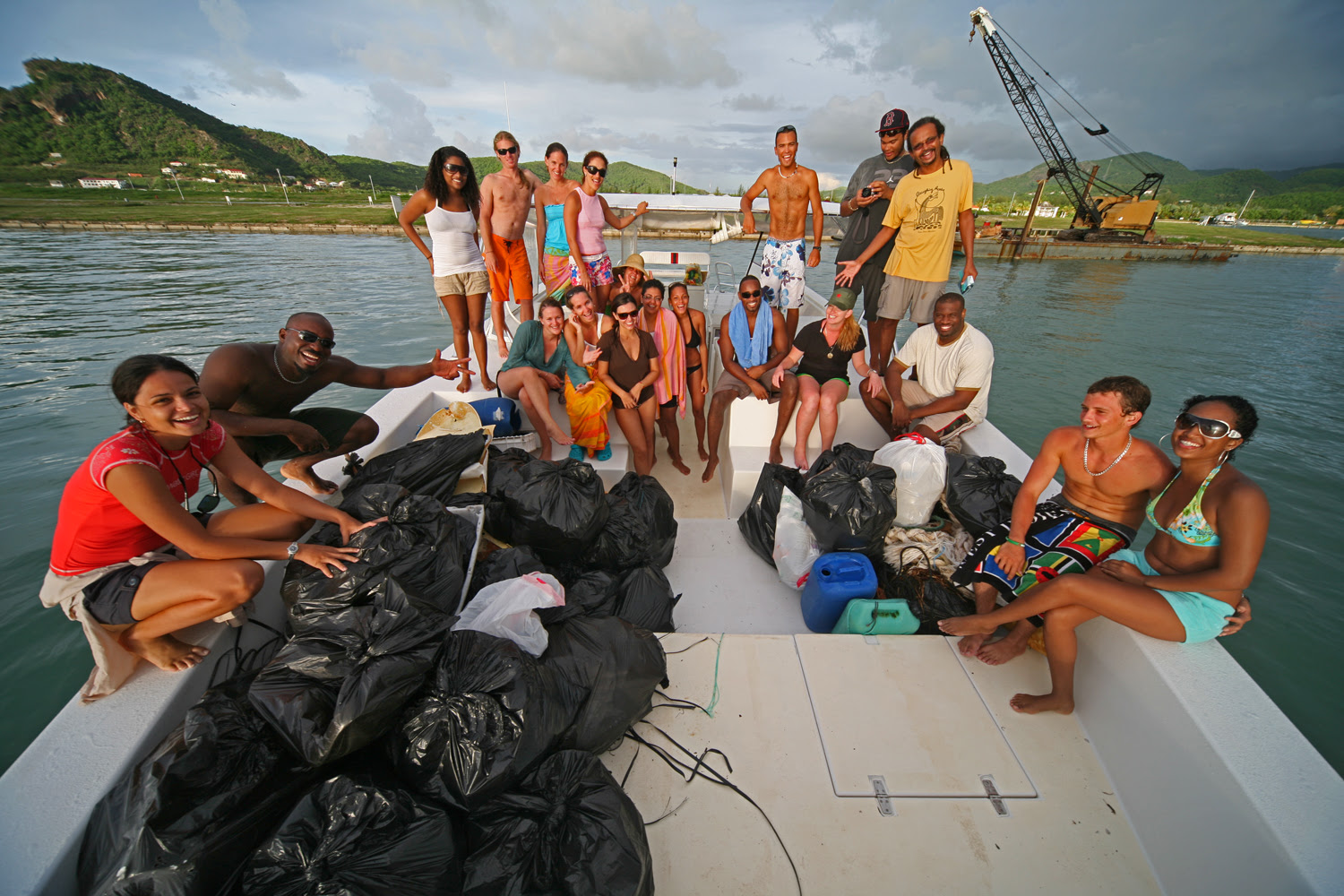 By the way, we are planning another cleanup day by boat soon. I am not sure which day, but we have started a discussion on the http://www.facebook.com/ Adventure Antigua group. Hopefully it will be towards the end of this month.
Posted by 365 at 3:09 pm No comments: