Great photos of our Eco Tour from last week here in Antigua.

These photos are taken each day on our Eco Tour by our captain JD. He just uses his I-Phone and puts them on our facebook page. Click here for that page.
These images were from the Eco Tour on Wed January 25th and as you can see the weather made for a lovely trip. Read more about this tour on our website: http://www.adventureantigua.com/tour.html#EcoTour
This trip is perfect for the family and both young and not so young can enjoy this snorkeling tour out on the water. Text or call from your mobile phone to +1 268 726 6355 or just visit the site above.
We operate most days and pick up from many of the west coast hotels and from the cruise ship dock.
We are also on google+ and twitter. 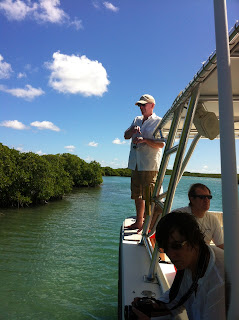 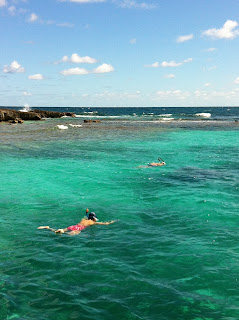 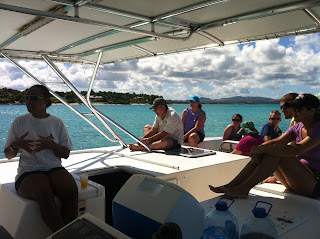 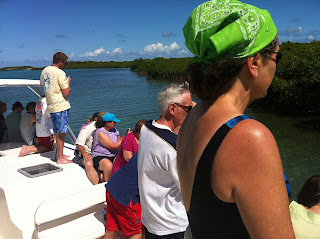 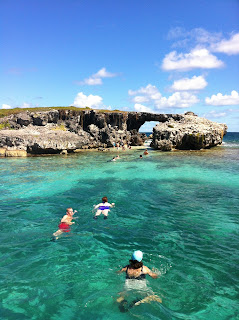 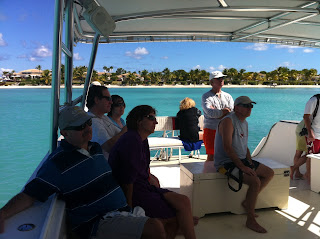 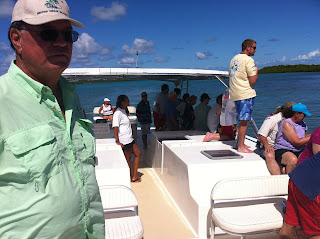 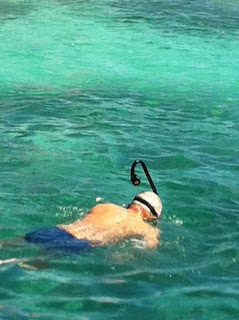 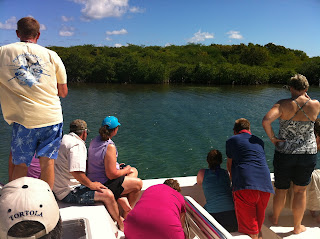 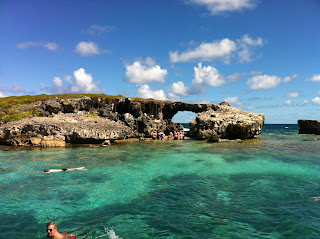 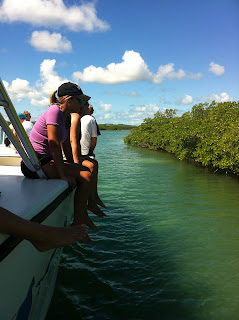 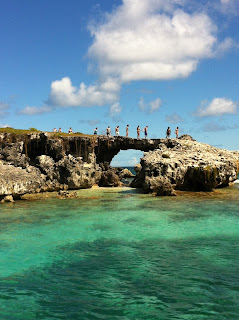 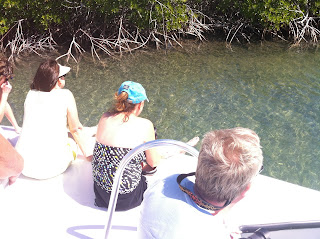 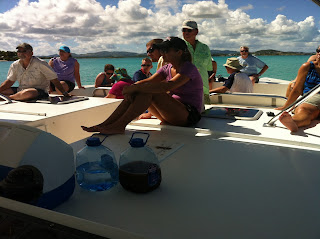 The People’s Republic of China and Antigua and Barbuda - South-South Cooperation OR a NOT SO Benign Dragon? Another great Review on Tripadvisor by a Senior Reviewer 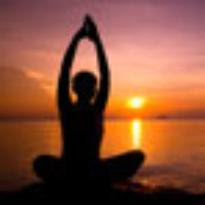 Reviewed January 16, 2012 NEW
We spent a fabulous Friday the 13th on the Xtreme Circumnavigation tour with JD, Trevour and Natalie. Hand down, one of best excursion experiences I have ever had. I don't like big crowds, and the other circumnavigation catamaran cruises would not have been as enjoyable for me.

Other reviewers have detailed the stops - Stingray City, Green Island, Nelson Dockyard, Pillars of Hercules, and Rendezvous Bay. My husband says I have to say that a plus for us was the pick-up and drop off at the resort. The old adage that the "journey" is as much part of the experience as the end destination definitely applies to this tour! The boat ride has to be mentioned as a big "plus" of the day, if you like being on the water - it was a windy day when we were out, and the ride was riot!! (and a little wet!)

The tour was a great way to see some highlights of the beautiful island of Antigua from the water, and the group was small enough so that you could ask the team your questions to learn more about what you were seeing. They were friendly, knowledgeable and fabulous guides. You can tell they are proud of their island and they wanted each and every one of us to come away with a positive impression.

We loved the snorkelling at the Pillars of Hercules - thanks for a great "tour" underwater, Trevour! And Rendezvous Bay (secluded, quiet, untouched!) was a nice contrast to Dickenson Bay where we were staying at Sandals.

A great day out. We won't be soon forgetting this excursion!
www.adventureantigua.com
Posted by 365 at 4:27 pm 1 comment:

For the past few days I have been thinking about something I didn't write earlier in the week. In my last blog post I mentioned that during a live chat show where I was a guest, we had a phone call from a minister in government. He's a strong politician who does well in his community. He defended his position in The Ministry of Environment and mentioned several projects that they are working on. I had one question for him when he finished speaking. I asked him that if he became Prime Minister, would he give the incredibly important Fisheries Ministry, The huge and overwhelmingly challenged Ministry of Agriculture, and the equally challenged and important Ministry of Environment to one minister. Of course he now is that minister who has all of these jobs, and I said that if I was elected and was asked to do all of these things all at one time, I would run!
He said that the PM "in his wisdom" felt it necessary to put them together and that since his government was trying to make government smaller, that it wasn't a bad decision. (This didn't answer my question, but it was good enough.) He went on to say that in all of these ministries there were Permanent Secretaries, sometimes two, and sometimes Junior Ministers, and all sorts of technicians to do the work and manage the work to be done. This was a good answer, and it was the kind of thing that has been done for years in government.
The big problem was and still is that in reality things don't quite work that way here in Anitgua. All of the "underlings" working in these ministries answer to him, and he makes decides what happens or doesn't happen. The legislation and the general status quo makes it almost impossible for many of these these highly educated and very proficient career professionals to get things done unless the Minister is in agreement. The buck stops with the Minister, and we have seen time and time again glaring examples where Fisheries and or Envionment officials make decisions which are then ignored or overruled by Ministers at the top.
It's no secret that I have written about many of these examples in my blog over the years, and of course this type of thing has been going on for even longer all across both the ALP and UPP governments. At one point I even said that the government should just close down the Ministry of Envirionment since they have no power to do much good in the current situation.
Ministers need to start trusting their own people. There is no good reason why they shouldn't, but apart from that no one person can or should be expected to make all the decisions across three huge ministries all at the same time.

Why do people put political party before country?

Some new reviews of our tours just in.

“Educational AND Fun - An Eco-Experience that can't be beat!” by nathuhbelle

Reviewed January 3, 2012 NEW
We took the Adventure Antigua Eco-Tour while on our Caribbean cruise this December. Despite a change in our ship's departure time, they made sure that we made it back to our ship with time to spare.

The tour is excellent - incredibly informative, educational, and most of all, full of great activities in the water. It takes you around the coastline and into the mangroves; it also includes some hiking on Bird's Island and snorkeling. We had the opportunity to climb Hell's Gate, and this is definitely a don't-miss activity even if you don't enjoy heights. When you're on the top of the gate, you can look out and realize that the next piece of land that you will reach is actually Africa which is over 4000 miles away. The crew is very friendly and willing to answer any questions that we had.

Lunch consisted of BBQ chicken, a green salad, pasta, and lots of juice. There was definitely plenty to eat. On the way back, we got to enjoy some great rum punch.

Thanks for the great time! :)
Another one:

Reviewed December 29, 2011
We took the Xtreme Circumnav Powerboat Tour during our stay at the Verandah in November and it was incredible! The great facts about the history of the island, the beaches, snorkeling at the Pillars of Hercules, the Stingrays!! The tour staff was accommodating, kept the tour moving at a good pace and had great tidbits to share about the history of Antigua. And I don't know if it's been mentioned before, but the lunch they served was DAMN GOOD! Especially the banana bread. Thanks guys (and Nicola) for a wonderful experience!!
Another one:

Reviewed December 21, 2011
Visited December 2011
We booked this tour independently while traveling on the Queen Elizabeth.
The boat was not crowded and provided plenty of both sun and shade. The trip to Hell's gate was great and the climb across the top something that will be long remembered. Our Hosts were fantastic,they provided plenty of information about conservation and the ecosystem of Antigua. The did some snorkeling but didnt see many fish as on other islands.
The secluded beach at Bird island where we swam and had lunch was very nice. Snorkling lessons to those who were not that comfortable were provided.
This a wonderful tour with great photo stops and a variety of interesting locations and activities along the way plus very educational, plus swimming snorkleing and food. I would say this tour is a must do and would recommend it to all.

Reviewed December 20, 2011
1
person found this review helpful
We did the Extreme Circumnavigation Powerboat tour during our stop in Antigua. We had a great time and really enjoyed our experience. We enjoyed multiple stops including StingRay city and some downtime in Rendezvous Bay. Eli's staff of Ross, Trevor, and Serge took great care of us and we felt in good hands the entire day. Would definitely recommend and can't wait to go back.
Another one:


“Adventure is the perfect word.”

Reviewed December 19, 2011
1
person found this review helpful
We went on the Eco-Tour with J.D., Trevor & Nicola on December 16th. We couldn't have had a more fun experience, from the wild boat ride (waters were choppier than normal, but it was a lot of fun), to the climb on Hell's Gate, to the hike on Bird Island, the delicious lunch, & great conversations. We were still grinning about it for hours after dinner. We hope to do more tours with Adventure Antigua on our next trip to the island. GREAT value!
www.adventureantigua.com
Posted by 365 at 10:16 am No comments: 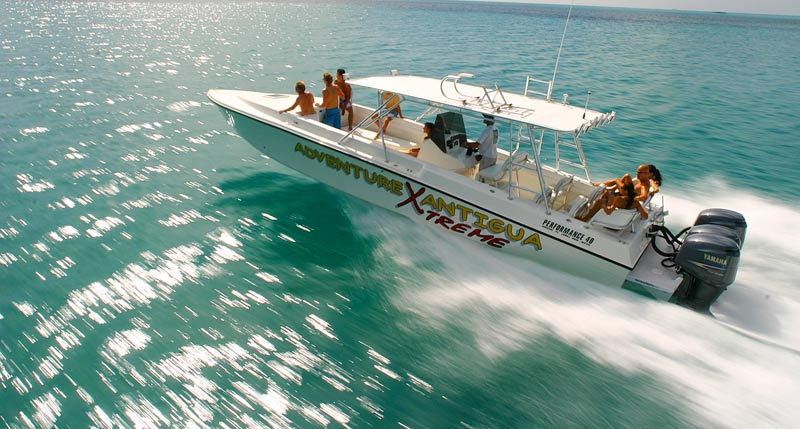 Our season here in Antigua has been fairly slow compared to past ones and it wasn't until a few days before Christmas that things got busy for Adventure Antigua. In fact, busy isn't the best word. IT was manic with tours, charters and half day trips being requested at an incredible rate. Needless to say, we have been very very busy and to make things slightly more exciting, it was very windy. 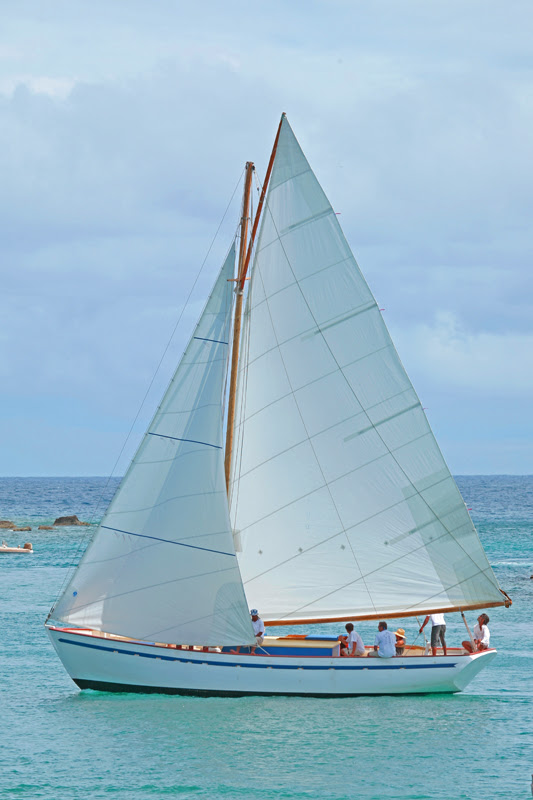 "The Christmas Winds" were making for choppy seas exciting sailing. As I mentioned in a recent blog post, we damaged our classic yacht. 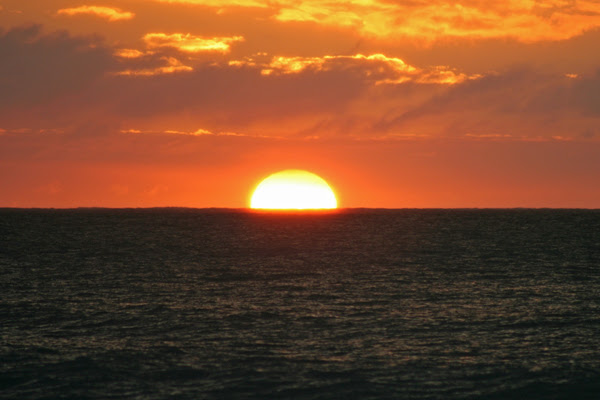 Today the sun slowly approached the horizon from under a much calmer sea and when light finally won it's fight against the darkness, it looked like a perfect day for boating. In fact, the weather forecast on windguru is looking very good for the next seven days. Click here if you need a better explanation on how to use these long term forecasts for Antigua. 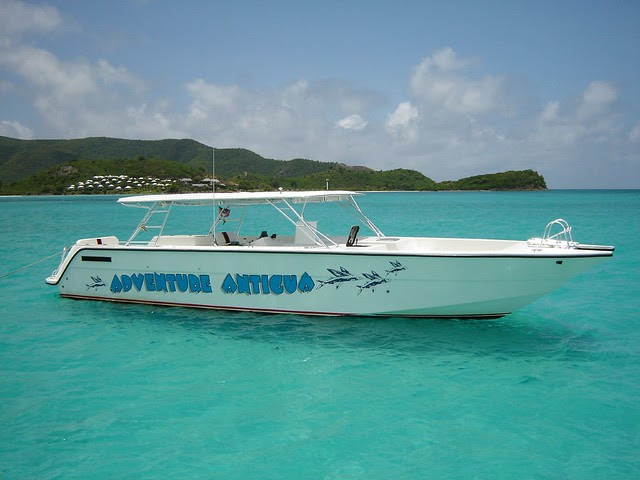 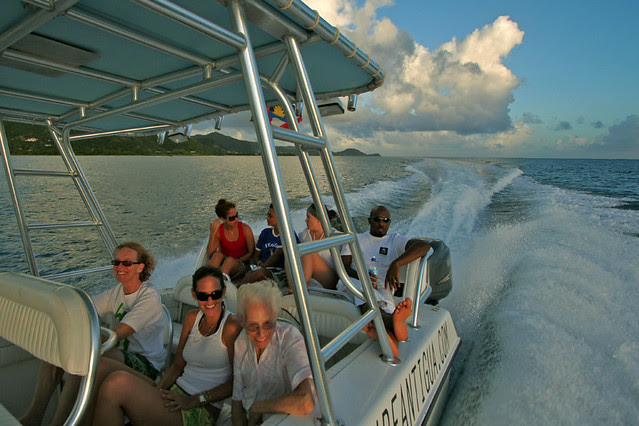 Two boats are out again today and our crew is probably excited to see such beautiful power boating weather. Later today, we will have a meeting which is the first one of 2012. We have some new faces and some updated to be made to our now outdated crew list.

Things are looking good for 2012 and we've made some changes to our team and to our operation. More news to come. eli