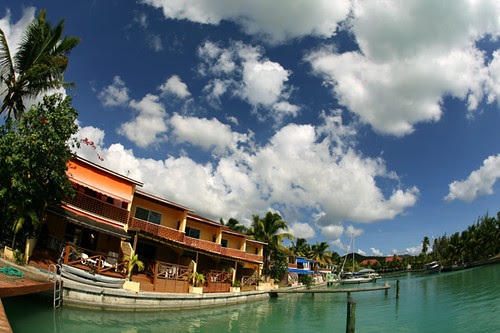 Over the past year we have been trying to buy a piece of land in Jolly Harbour where we can keep our boats in the future. Last month I started renting a villa here as well. It’s an interesting place. Jolly Harbour is really more than just a big marina. It’s a story, a town, and an unusual man’s dream. There is now way that I can come close to touching the full story that is Jolly Harbour, but this blog entry today will give some general info about the place which at the end of the day is the main base of Adventure Antigua and is also the place where we plan to expand into new areas.
Back when I was a youngster, my father, uncle and some of their friends would hunt wild ducks in the winter at several places around Antigua. One of the best spots in Antigua was exactly where Jolly Harbour is now. It was a huge mangrove salt pond filled with wildlife and nothing else. Tourism in Antigua was on a high point at the time and when the owner of the largest hotel on the island told the Prime Minister about his dream to turn the “mosquito ridden swamp” into the largest Marina in the Eastern Caribbean, the idea was welcomed. Environmental concerns were worse than they are now, and now they are not that good either. Jolly Beach located next door to the swamp, was owned by the Swiss hotel tycoon, Dr. Alfred Erhart who had made squillions with his hotel and real estate deals in the Mediterranean.

I think his company was called Universal. I always thought he was a unusual man because of his fishing habits. When he was here in Antigua he loved to go fishing, but not the type of fishing that most of the other multi millionaires did. Dr. Erhart would go out on a tiny aluminum skiff by himself with a little net. He would set the net and catch small fish off Jolly Harbour. People on yachts would wonder who this poor white fisherman was. Most other men with his kind of money had 65 foot Bertram sportfishing boats with full time crew. His idea of fishing was more simple. His mega marina idea wasn't. One day after Jolly Harbour had been finished and was hosting a stop during the Antigua Sailing Week event here, I sat next to him as he chatted with my Dad. You see, my Dad was his lawyer here at the time. Anyway, my Dad looking around him at the thousands of people and hundreds of yachts said, “Doc, are you happy with all of this”. Dr. Earhart said with a smile and a scratchy voice, “You know I only did it originally to stop the mosquitoes from biting my Jolly Beach guests”. I thought that was such a funny thing to hear. Anyway, he went on to describe how the idea had developed while running his Jolly Beach Hotel into something much bigger and meaningful to him. Some say that between the two developments he spent US $400 million. It was quite obvious that Jolly Harbour was a passion of his, and despite criticism from a great many people, he pushed on with the development. He loved Antigua and wanted to prove all his advisors wrong about the Jolly Harbor concept. Even as we sat there, Jolly Harbour was still not self sufficient and in fact was far from being the success that he had envisioned. At that time back in the mid 90s most of the 500 or so villas remained unoccupied. Villa sales had been terrible and some people thought that the entire project would end up being a white elephant. The funny thing is that they were not that bad looking. The blocks of two bedroom waterfront villas that had seawall ready for dock space and were going for as little as US $140K. Many Antiguans (who are kicking themselves now) were sure that it would all be knocked down in a hurricane. 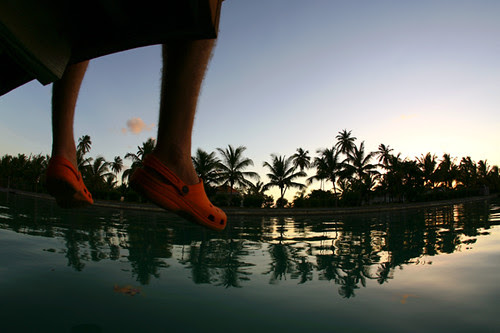 They also never dreamed that the prices would go so high. They were so wrong. Will write more tomorrow.