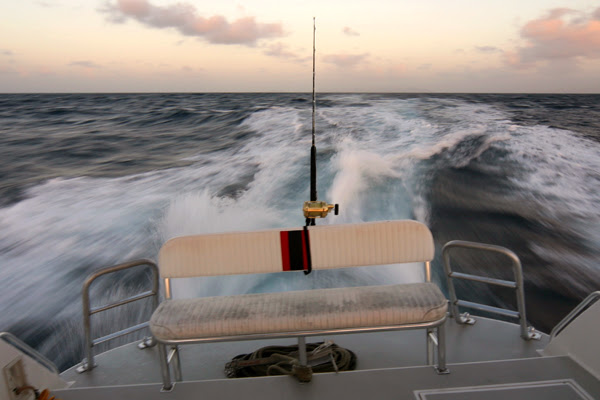 As you know from reading my last blogs, we left Antigua for the Nevis Fishing Tournament after the eco tour on Friday.
Customs and Immigration in Nevis were stationed at the tournament headquarters to check in all the foreign boats up until 6 pm. I had emailed them the day before to let them know that we would be a little late, and had even given my Dad our clearance docs and passports to take down a few hours before on his boat Blue Rapid. 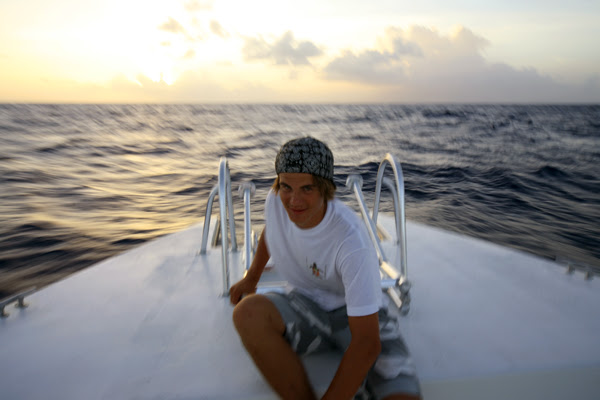 We were running later than expected and as the sun set half way between Antigua and Nevis with our rum and cokes slipping down as was the sun, i was a little worried about how late we were. 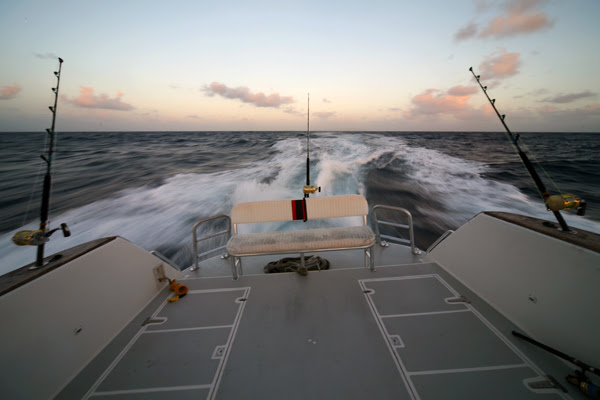 The seas were rough but behind us though which was good and the setting sun relaxed us just a bit. Maybe it was the rum and cokes. 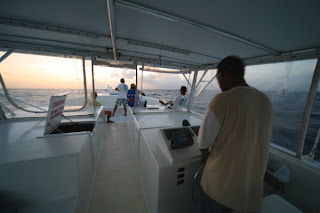 Using our chart plotter we flew through the barrier reef in the darkness on the North side of Nevis heading as fast as we could for the port. As we tied up I was ushered to finish clearing in. I expected sour unhappy officials, but was met with smiles and pleasant attitude bearing customs and immigration officials. An hour later we were having burgers and planning our early morning trip off-shore. It was windy and back on the boat we knew that we better get some good rest for the 24 mile trip which was going to start just after 3 am. In tournaments, we believe that we have to try our hardest. Lines were permitted to be in the water at 5 am and we wanted to be at the proper spot at that time. Going out through the reef in the darkness we could feel the waves beneath us pushing the boat up and down and from side to side. There were six of us and by the time Big John started baiting up four of the crew were green with "bad feeling". Getting sea sick is possible in the day when its rough out in the open ocean, but at night when you cant see the horizon or waves, and the boat just moves in all directions that you can't possible foresee its tough. Then when that lovely smell of ballyhoo is added to the equation with a slight exhaust fume here and there for good measure, someone is going to "goto new yourk" (a.k.a puke). Why "new yourk". Say it but with the "yourk" part elongated and a little loud and you can see why we call it going to "new yourk". Anyway, Acare and I were not feeling sick at all but the rough seas and infinite darkness were no fun. There comes a time when excitement can turn to fear and although i hadn't reached that far, the feeling would slip in now and again as we climbed a big wave heading out to the "Barbuda Bank" in the pre dawn darkness.
Posted by 365 at 9:48 am 4 comments: