September 19th is International Coastal Cleanup Day. You can find more info on it at the Ocean Conservancy site here: For the past few years we have taken one of two of my boats out to clean up a beach or two that you can't get to by car. "We" is usually a group of people from all over the place who happen to be in Antigua and who are interested in marine life and helping to clean up beaches. So much of the garbage on our beaches ends up in the water and then causes so many problems. Just yesterday I was doing a little talk to the Antigua Yacht Club kids about beaches, reefs and the marine species that live in those habitats. Carl James runs their kids sailing program and had asked me to come down and chat with them. Anyway, we did quite a bit of talking about turtles too as the kids seemed very interested in them. After the talk and before going on a snorkeling trip with the kids, Carl took them on a little beach cleanup down the coast from the Yacht Club. He called me to let me know that they had found one of the "two year old" turtles that we had just spoken about. It was dead and had been washed up on the beach tangled in a bit of discarded fishing net. Ya will never know how much wild life you will be saving by collecting some garbage from the beaches.
If you are interested in coming out with us on the 19th of September to one of the off shore beaches to do a cleanup and then a bit of snorkeling possibly contact my sister Nell who handles the bookings on 1 268 726 6366 or info@adventureantigua.com and make a reservation.
This photo was from two years ago and shows a group of us and the garbage we collected from just one beach at Green Island. 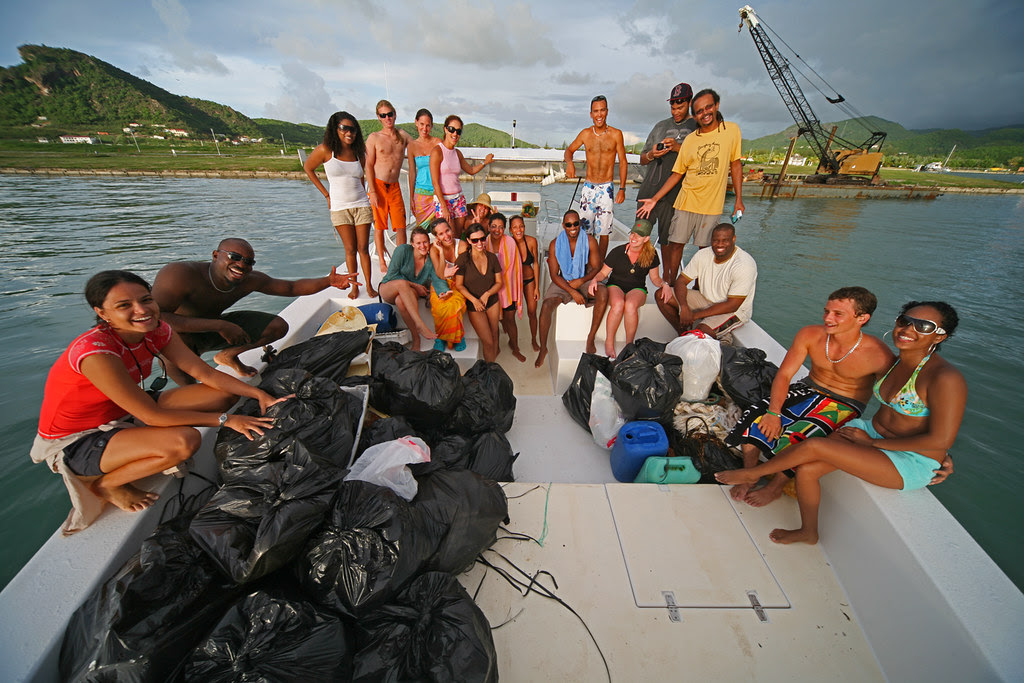