A day of adventure in Dominica 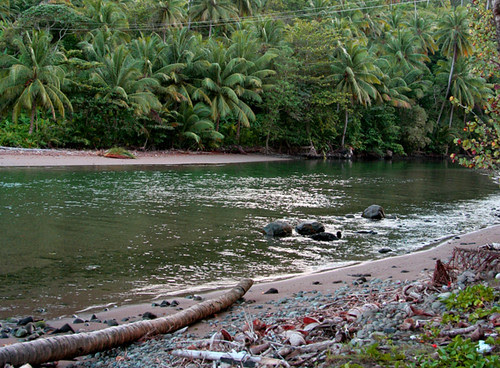 There are many places that a person can go from Antigua for just one day or just a day and night. Of course I love going to Barbuda for the day or the night and always get excited when we get a private charter for Barbuda. Last year we did quite a few charters to Barbuda and I loved every one. In September and October the Adventure Antigua crew and I did several day trips to our other sister island, Redonda. That wild uninhabited island is definitely a crazy place to see and it’s a place that I want to explore once again this year. Of course, I have been to St. Martin several times and like Barbuda a trip to St. Martin is very doable as a day trip, but is much better as an over night trip from Antigua. I did this several times this year and the shopping and dining makes it a trip that I enjoy doing. Over the past year I did one other overnight trip to an island nearby. The good people at JHR Caribbean took me to their lovely hotel Silks in Dominica a few months ago and I knew I had to return soon. 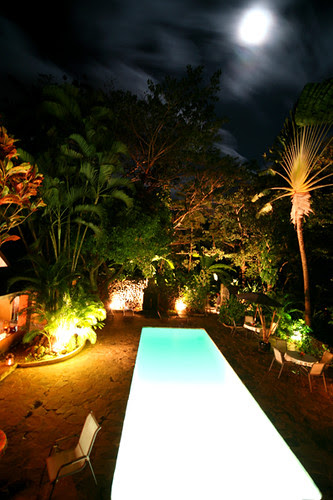 Anyway, as I said yesterday I am in Dominica once again on a quick trip with my friend Ty. This time I have some responsibility though and tonight I will be taking photos of some friends wedding. Its pretty easy to get here from Antigua. You can fly one of three ways. One way is to come over with JHR’s private plane and stay at Silks. Another way is to come LIAT to Melville Hall and the way we came this time was on Carib Aviation to Cane Field near the capital. The landing was a little bumpy under the massive mountains on the leeward side, and the lady sitting up front said a few “lord save me’s”. Anyway, once we landed we took a short ride to our hotel, The Evergreen. Its a few miles down the road form the famous Fort Young hotel and a few miles less fancy. Although it’s less fancy it’s still as good for the money. The staff all is lovely and the rooms and beds are perfect. They helped us get a rental jeep and after a good b’fast we were off with guide book and map in our hands. We hit, Trafalgar Falls, Screw’s Sulphur Springs, and Titou Gorge. These major tourist sites were free of other tourists and it was just me and Ty. Trafalgar Falls I had been to three times before. The first I had cut my leg two days before and had to watch everyone swim in the Falls as I sat there keeping my stitches dry. The next time I had a cast on my ankle and couldn’t go in either. The third time I was sure to swim in these dam falls and what do you think happened. A big tropical wave was passing through and so much rain had fallen that the falls were too extreme to swim in. I sat there shaking my head looking at the natural but beautiful violence. This time I didn’t think anything could go wrong and I didn’t even think about the previous times. They were perfect! Totally perfect!!!! The sun was shining and although the waters were very cold it was exceptionally refreshing and within seconds I had forgotten about the cold. We played like little kids under the powerful falls until we realized how the time had flown by. On the way back we met two ladies half way along under a viewing platform. They said hello and offered us some fresh passion fruit juice and some acra and bakes which are local snacks. Obviously they were stationed there to sell to tourists as they made their way back from messing around in the falls and since it was just us I took the offer even though I wasn’t hungry or thirsty. The juice was so delicious and they told Ty when he remarked on how good it was that they had made it fresh this morning. We chatted about the falls and about mangoes which Ty had been going on about since we took of from Antigua. They were nice ladies and both did a double take when Ty asked how much we owed them for the juice and snacks. They laughed and said it was free. Free? Yes free since they were just taking a rest on their hike. What idiots Ty and I were. These nice ladies were doing just as we were doing….they were out for a bit of adventure and were just being nice by offering some of their own juice and snacks. 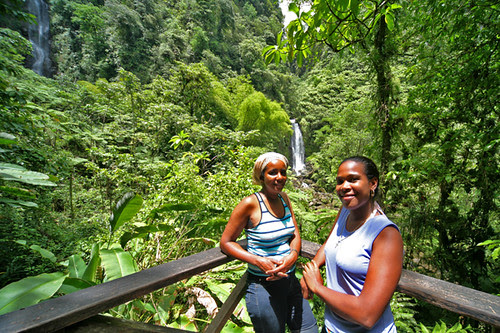 That’s something I always remark on when it comes to my previous travels to Dominica….the people are just so nice. We exchanged emails and I told them to make sure they came out on one of my tours when they were in Antigua next so that I could return the hospitality. Ty wasn’t just obsessed with Julie mangoes, but he was also into sulphur springs and close to Trafalgar was Screw’s Sulphur Spa and we made a stop in there. It was right next to Hotel Shangri-La which is where we sent my mom for her 60’th birthday present. She loved the hotel. Anyway, Ty also enjoyed the hot sulphur springs. 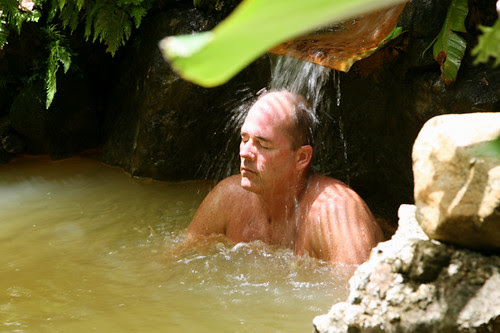 A super nice rastaman who we assumed was Screw offered us a bunch of fruits on the way out of his spa including the elusive Julie Mango which Ty had been so franticly searching for. 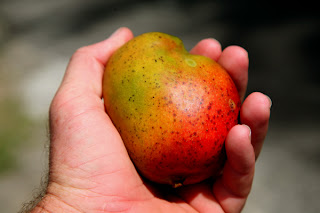 A little further down the road we stopped where they were mangos all over the roadside. A lady in the house beside said she had some Julie’s for Ty and he was smitten. We still had time for one more bit of adventure and the guide book said Titou Gorge was fairly close. Now I had never been here but had been told by many including my sister who had just been there about how lovely it was. I didn’t know exactly what to expect, and was surprised how awesome it was once we had found it and finished eating our obligatory dose of Julie Mangos. Titou Gorge seems to be an ancient pyroclastic volcanic flow which has been carved deep down into it by a river. You swim up the river inside the gorge towards a lovely waterfall. The water is very cold since you are up so high but again it was rejuvenating. The bottom of the gorge where we were swimming was wider than the top above us although it wasn’t dark there was no direct sunlight. It was something out of a Hollywood movie and a fantastic way to end our day’s adventures. On the way back to the hotel we passed by the market to find a few more mangos for ty. 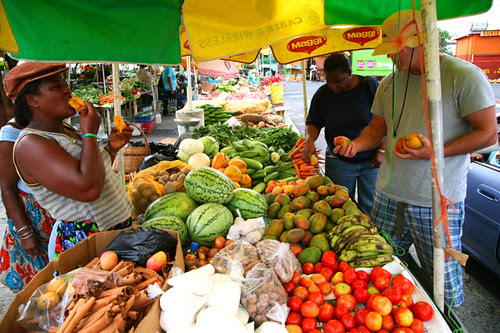 Once we got back to the hotel we chilled for a few hours in the cold AC before making our way out to one of the few restaurants in Town..La Bell Creole or something like that. Anyway the food was much better than the service we received from a junior sort of waiter. A lady actually served the food and she was lovely. I found the food quite expensive for what it was but it was nice to be able to have a good meal close to our restaurant and close to the action. The action on Friday night is at Fort Young where they have a band for “happy hour” which lasts a hell of a lot longer than an hour. After one rum and coke it was time to go check back on the AC at our hotel. IT had been an action packed day and we had gotten our full.
Posted by 365 at 10:29 pm 7 comments: