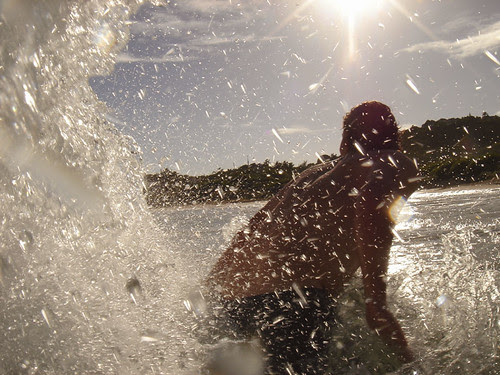 I know many people who visit my photo site and read my blog are not going to be happy about the lack of big wave photos, but the truth is that i was surfing them and didn't have time to shoot that many pics. Most of the surfers in Antigua were not that happy as there was quite a bit of North in the wind direction which made the waves choppy and bumpy. It also prevented them from forming properly. 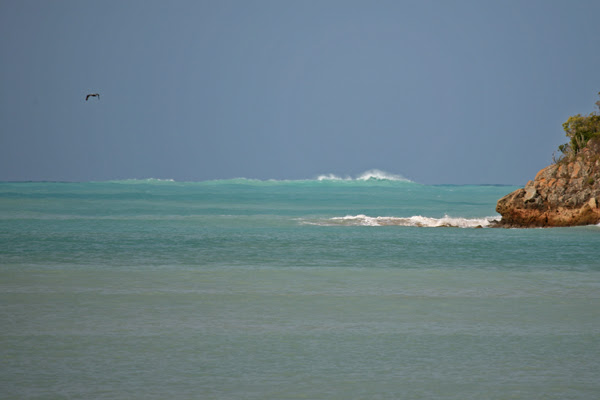 The guys drove around most of the day on wednesday looking for new perfect waves, but mostly were unable to find them. Roddy and Nik found some good ones late wednesday afternoon near Eric Clapton's drug and alcohol rehab center, Crossroads. The waves on the far North side of Willouhby Bay were protected that day from the winds and were nice walls of double overhead green according to the boys. After wiping out on a good one, Roddy told me he was held down in full washing machine mode for what felt like minutes. A good thing he can hold his breath long!
One of the nice things about using the SUP long boards is that you dont need to have super fast moving waves to keep you up as the guys with the little boards do. I knew of a nice wind protected wave near to home and surfed with Nik in the morning until we were beat. 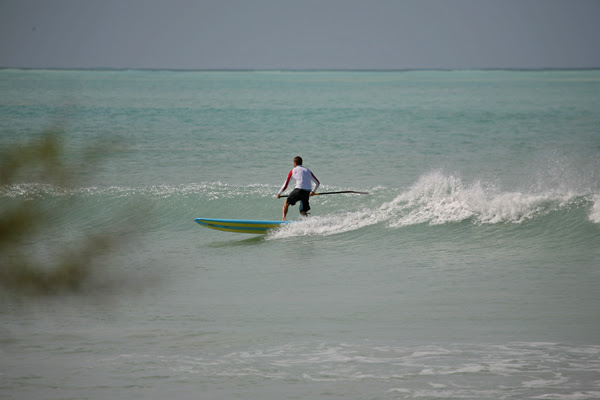 As you can see i took a few snaps of Nik on this nice litte wave just before i jumped in myself. 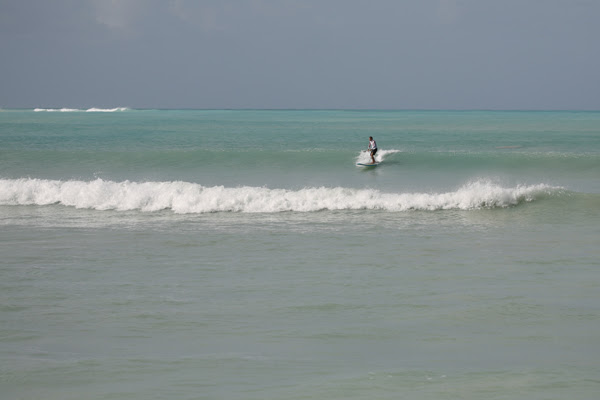 Later that day i returned with "Rabi", Ross and JD for a wicked afternoon session and by the end of the day i was "spent" and smiling. That was wednesday. Thursday was bigger and i had a bunch of work to get done in the morning. We are trying to launch our new yacht on the 30th of March, so i was busy getting last minute metal fabrication done in the morning. After lunch it was time for some surfing action and i met us with Roddy to go back the same spot as the day before. When we got there Nik was already enjoying the surf. We were just about to go out when Roddy got a call from a friend who said that the regular spots were much better. In a decision that i now regret, we called Nik in and went over to one of the regular spot on the other side of the island. 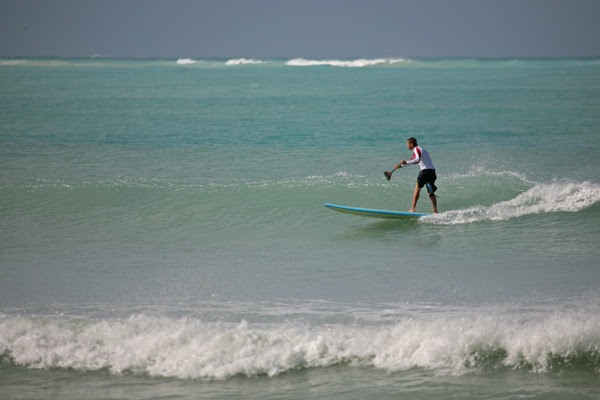 The waves looked huge when we got there, but once we were out we didn't get the waves we had hoped for. I spend more time waiting than anything else and only managed to get a few good ones. On one wave i took off a little late just before the wave broke and got thrown off the top as the lip came crashing down. Somehow i managed to fall right on top of the boar which had flipped over exposing its fin. Guess where i landed? The fin caught me just above the left hip. Its a good thing i am sporting a good set of love muscles at the moment otherwise i may have been impaled! 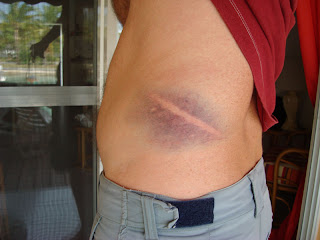 After making sure i wasnt cut i took some time to rest and caught another wave or two. On my last wave i fell pretty hard and managed to break one of my fingers. That was the last straw... I was over this place. Why did i leave a good thing? To cheer me up and kill some of the pain, we decided to meet some of the eco tour crew Trevor, Tony as well as Greg (helicopter pilot) for some rum over at the Foredeck Bar. We heard stories of beaches getting bad erosion and of hotels losing beach chairs. One or two boats had gotten in trouble and several coastal roads had been flooded. The surf is still larger than normal today but is getting smaller by the hour. I think things will be back to normal by tomorrow and it will be back to cruising on the boards instead of surfing.
Posted by 365 at 8:59 am No comments: