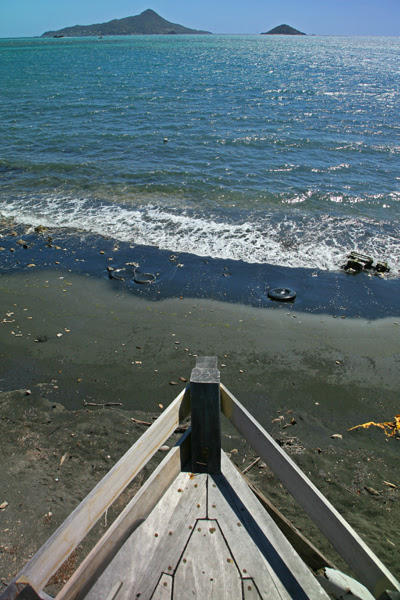 From the Adventure Antigua Sailing Part 3:

“Ocean Nomad” would be brought back to life in the morning when work resumed after far too long. Sure enough at 9am once they had collected some lumber from town, work started up on Ocean Nomad and after sitting there for over a year she was back in business on her way to being the latest boat launched from Windward, Carriacou.” 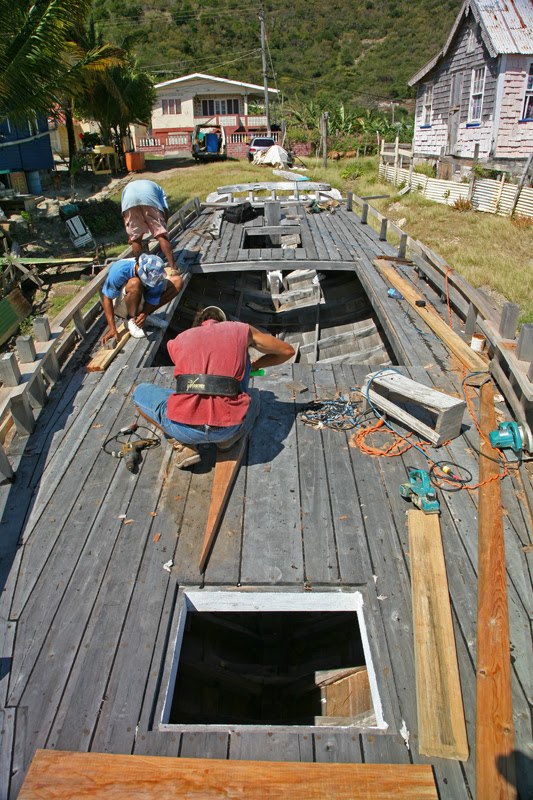 Work started with a determination that was fueled by both excitement and relief. 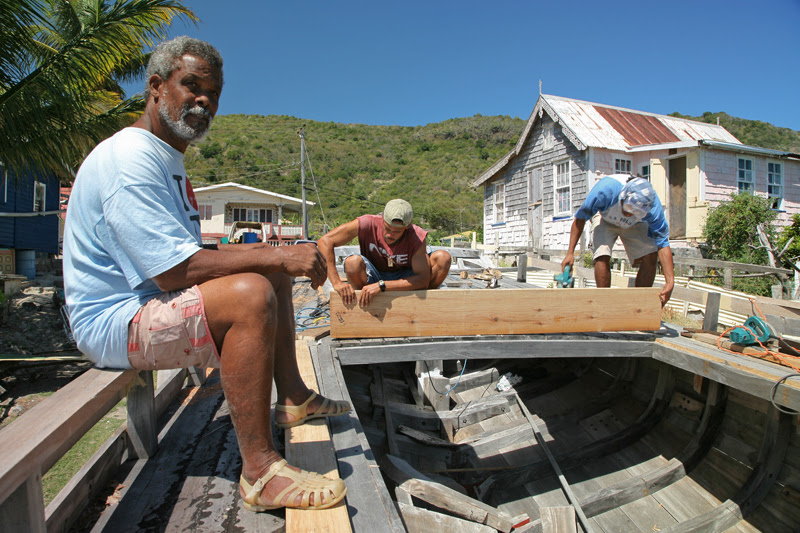 This boat had been a chain around the families neck for some time. A yacht which usually took 8 months to finish was sitting there as a tourist attraction well over two years after they had started. 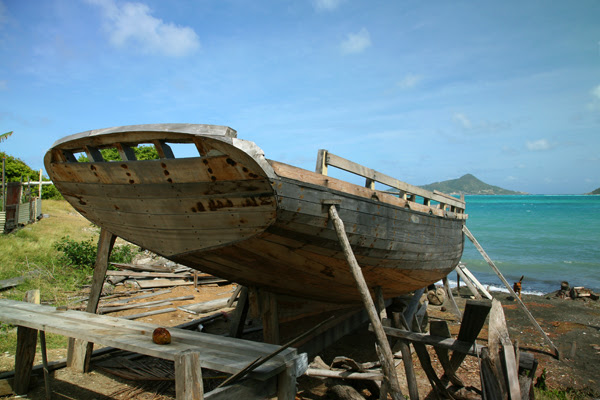 In fact, while I sat there and watched them work several taxi buses filled with tourists stopped to take photos and inspect the boat. The taxi drivers were most interested and jokingly asked Alwyn if he was finally going to get this thing finished. Alwyn replied positively introducing me as the new owner. The owner of the little house next door came home for lunch and said that she was just about to turn it into a sandwich shop and was upset to see that it might finally be moving. She was joking of course, but I think there were very few people who had ever past this section of Windward’s main road who didn’t know a version of this boat’s story. Poor Alwyn and his family had shamefully sat back waiting for something to happen and were delighted to be showing themselves working on the boat. And worked they did! 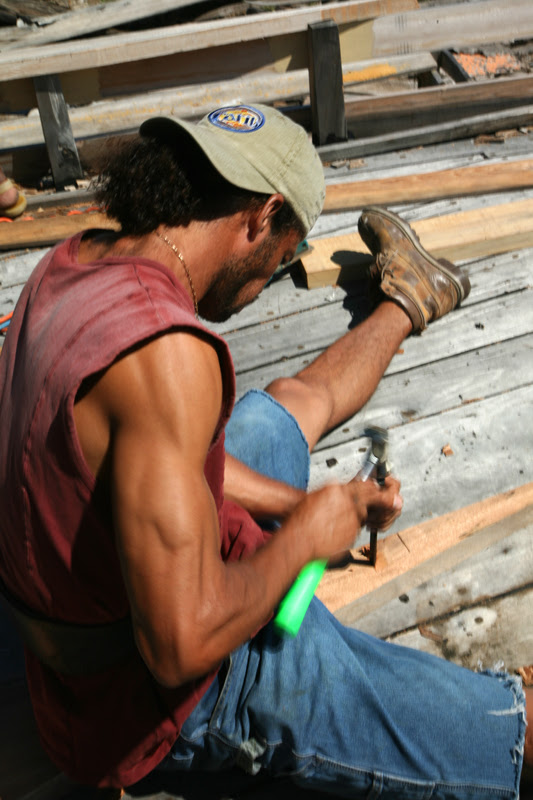 As I sat there snapping photos I could see change happening port and starboard. 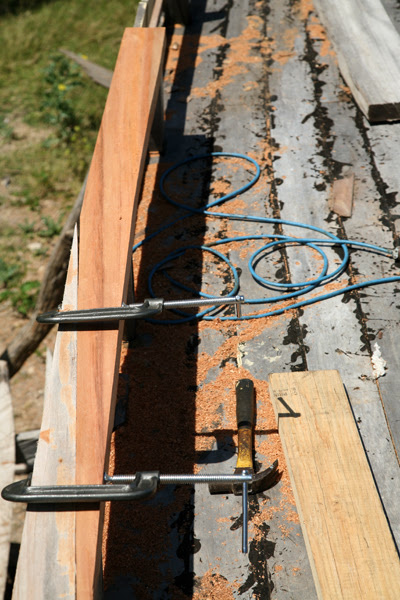 The cap rail was being finished and the cabin roof was being prepared. 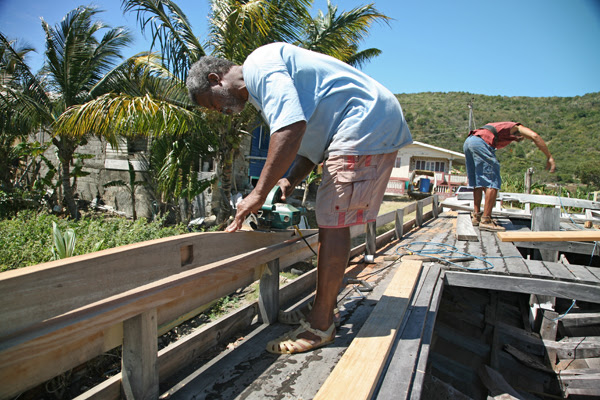 I wanted this boat finished within five weeks in time for the Antigua Classic Yacht Regatta held in the middle of April, and although Alwyn said it would be no problem when I told him the day before, I wasn’t so sure. 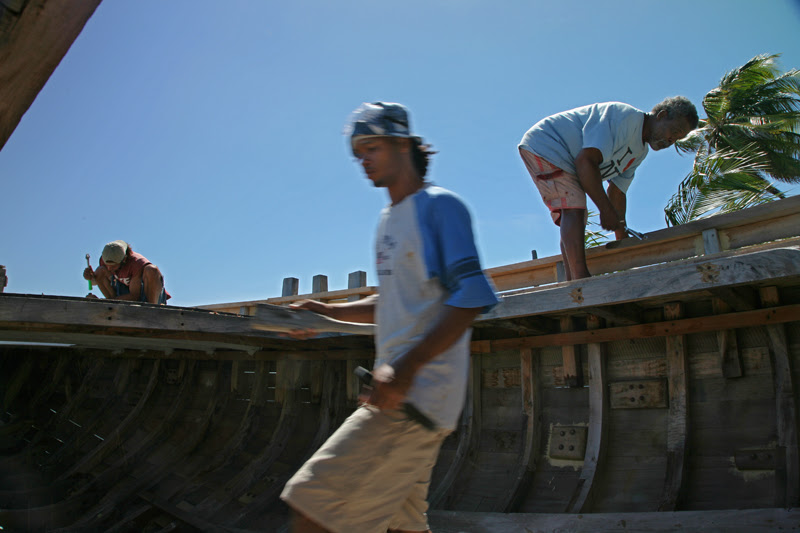 This feeling of doubt gradually was replaced with optimism as I watched the team of three family members work carefully and methodically around the hull. 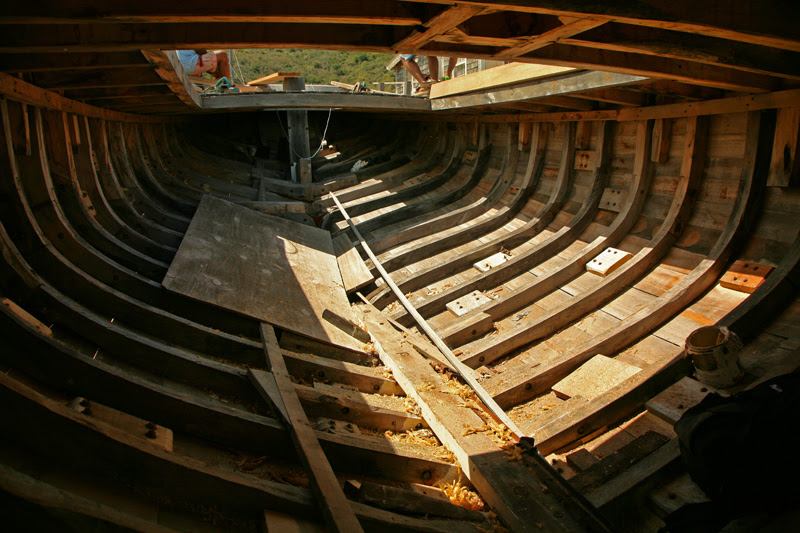 They probably had imagined the steps they would need to take in order to finish her several times and she sat there in her undignified and unfinished state. By early afternoon it was time to head back to town in order to catch the ferry. I told Alwyn, that he would need to hire extra hands in order to get it done in time and he said it would be no problem. 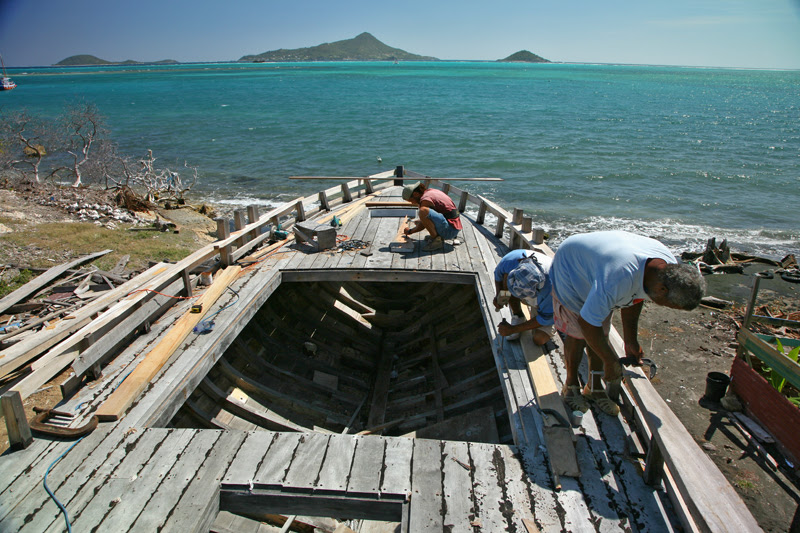 I think he wanted it out of there sooner than anyone, so that he could focus on my other boat which I think will be one of the most beautiful yachts he has built yet. 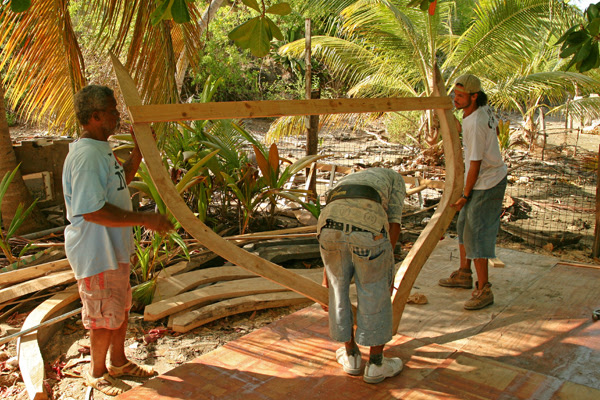 Sitting on the ferry going downwind back to Grenada I felt happy to have seen some of the process as well as to have helped Alwyn get Ocean Nomad back on track. That was February 20th and they have been working almost every day since then trying to get the boat done. The cabin is finished, the corking is done on one side of the hull, the cap rails are done. We are still shooting to have the boat here in time for classics. Sails have been ordered from North Sails and we are looking good to be ready for charter by the end of April.
Posted by 365 at 2:50 pm 1 comment: