Saw my first whales for the season. 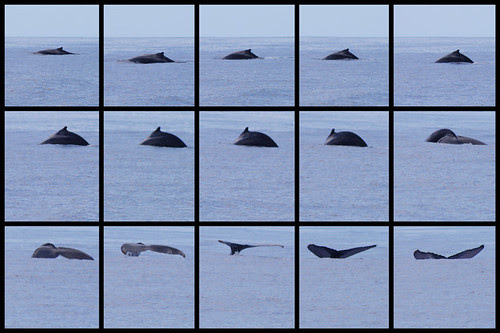 Yes, i saw whales yesterday for the first time this season on the way back up from St. Martin. I had been asked to fly down to St. Martin to collect a small boat for one of my Mechanics. Marine Power Services has done many favors for me over the past few years and collecting a boat for them wasn't a problem for me. According to Windguru the winds were forecast to be light and therefore the seas would be calm too. I was up for a little adventure anyway and the trip sounded like a some fun. I have sailed and powered from there to Antigua many times and the 100 miles can be pretty tough in bad weather, so i wanted to make sure that we had calm seas.
I called Liat "the caribbean airline" to check on flights and they had space on their 4:30 flight on Saturday. By chance on Saturday morning i spoke with the owner of Caribbean Real Estate who told me that he was on his way to St. Martin at mid day and had space for me if i wanted. Cool....a free flight in a nice place. Tomas Miller who is the son of the MPS owners came along with me and we ended up leaving Antigua at about one pm on the Caribbean Real Estate plane bound for St. Martin. The weather was amazing and as we took off from Antigua we could see Barbuda off to the North, Guadeloupe way in the South, Montserrat in the South West, St. Kitts and Nevis to the West. Antigua and its waters looked so beautiful in this perfect clear weather and the 45 minute flight down to St. Martin was lovely. We went straight to the massive marina where the boat was being kept. It was actually a tender (dinghy) for a huge yacht called Midlandia and was a little old looking for them. At about 20 feet long with no shade the trip back to Antigua wasn't going to be totally easy but as long as we had good weather it was doable. We asked on of Midlandia's crew what range the tender had and astonishingly they didn't know. These tenders are just topped up every day and they don't care about how much fuel they burn. This wasn't good because we needed to be sure that we had enough fuel. We spoke to the first mate who said that he thought we would need about 80 gallons of fuel which i thought was considerably more than enough. Off we went to buy supplies which included life jackets, a flare, 6 five gallon fuel cans and other bits and pieces. I also had brought along my EPIRB which my brother and i used on our Xtreme trip from Miami to Antigua.
We decided to leave the next morning (Sunday), and to go have a nice dinner and enjoy the famous St. Martin nightlife first. Anyway, Sunday morning came and we painfully got ready to take off on our 100 mile trip into the sea back to Antigua. As we collected the boat we realized that we had made a miscalculation on our fuel. All the fuel estimation had been done in liters and we should have purchased another two 5 gallon cans to make the total fuel on board 80 gallons. All the stores were not shut and we couldn't get more fuel. I made a few calls to Antigua before we set off and planned to stop in at Gustavia, St. Barts which was 14 miles up from where we started at Simpson Bay, St. Martin. We could then use the fuel cans to refuel the main tanks which would give us and exact fuel flow consumption rate. We did this and calculated as i had expected that we would have enough to do about 130 miles....enough fuel.
The trip was fairly easy with a few bumps here and there which made us limit our speed to between 15 and 20 knots. On the way we stopped several times to top up the main tanks just to make sure that our consumption was steady and accurate. About 60 miles up we ran into a massive school of frenzied feeding tuna. We could see a tennis court patch the water turn white with frantic splashing and tunas jumping through tiny bait fish. A few miles after that i saw some humpback whales spouting as exhaled on the surface. It was the first time i had seen them for the year and i have been anticipating seeing them. Always a nice feeling to see them back here. Almost all the way up we had countless numbers of flying fish leaping out of the dark blue water and gliding away from us. As the sun set the silver, dark green and blue colours on these amazing fish lit up as they glided off to our sides. 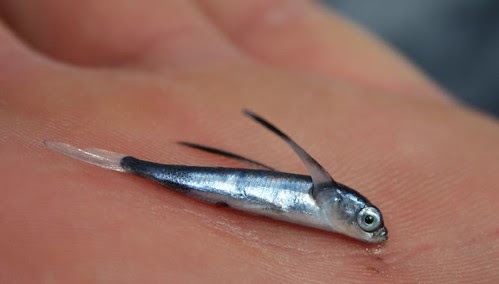 About 30 miles off Antigua, the island came into view and another ten miles later as i was looking back at Nevis in the setting sun, i saw a whale breach. I told Tom too keep and eye out and immediately we saw the baby try to breach too. The mom jumped several more times in the distance as we zoomed past. We didn't have time to stop as i knew we would be getting in just as it got dark. Antigua's coastline was so beautiful at sunset and even though we had been on land at lunchtime it was nice to get into port safe and sound. If you are coming to Antigua before May, then you will have to keep an eye out for the humpbacks which will be in these waters until then. These three photos were all taken in 2006 but will give you an idea of what i am speaking about. Enjoy! 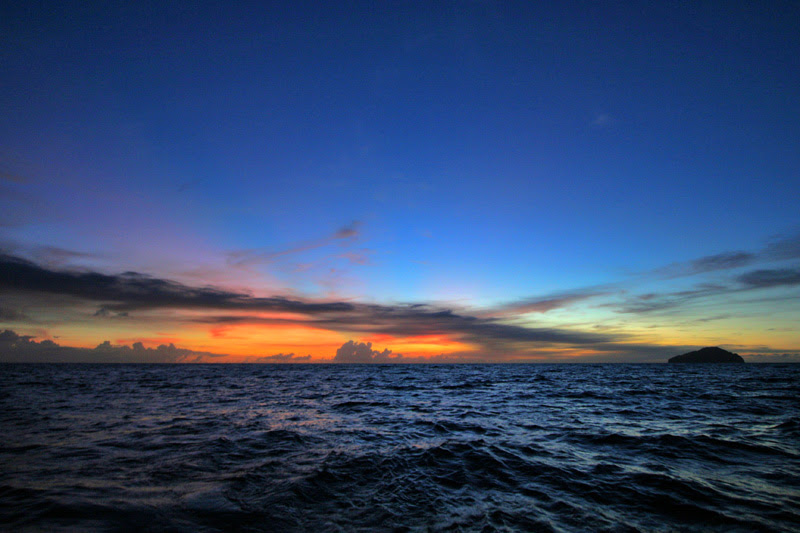