Wahoo, otherwise known by the Hawaiian name "ono" are some of the fastest fish in the ocean. Much has been written about their incredible speeds with many people reporting speeds as much as 60 mph. Imagine something beneath the water getting up to 60 mph. WOW! I totally believe it too because after fishing for them since i was about 12 years old i know very well how "crazy" that can get after getting hooked. Anyone who has gone fishing and met up with them gets hooked too because they are just so awesome. Apart from their incredible speeds and fighting ability, they are a truly beautiful fish too. Streamlined like no other fish, the sleek and slender beauty of the wahoo is complimented by the dark black colour on its top which slowly fades into a thin navy section before suddenly turning silver in the mid and lower sections of the fish. When they are in a excited situation there are dark tiger stripes along their bodies too which just add to their fighting look. 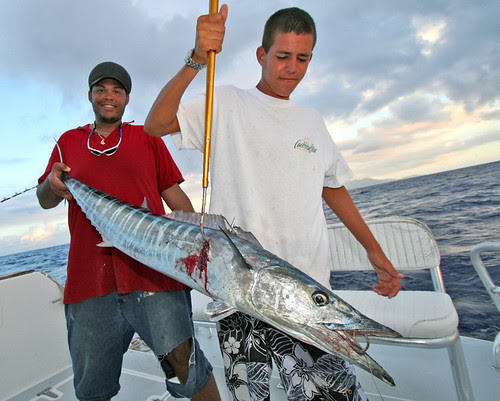 These guys are as high up on the evolutionary scale that a fish can get i think. The mouths and teeth are something else to behold. I always laugh when people talk about "razor sharp barracuda teeth" thinking they should check out the wahoo to see what cuda teeth become when they evolve. The row of perfectly shaped teeth seem to never end inside a wahoo's mouth and believe me, these things are actually razor sharp. Great care must be taken with wahoo and i know of several people who have been horribly damaged by active wahoo which have just been brought aboard. You even have to be careful when putting them into a fish box dead or alive as one wrong move and another of your fish will be eviscerated or worse. There is something else about their mouths too which makes it unique and special. They are one of the the only fish or animals that i know of that has a hinged upper jaw. 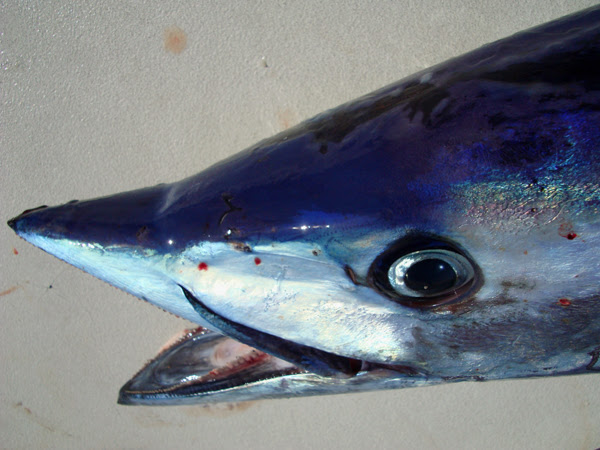 When attacking something large their upper jaw hinges up even more so that they can really get their teeth around their prey. Wow, the ultimate ocean killing machine in my book is this one. But you know there is still more to this wonderful fish. They are simply delicious too which makes the fishing even more enjoyable. There are so many ways to cook them too and if not overcooked the taste is just hard to beat. 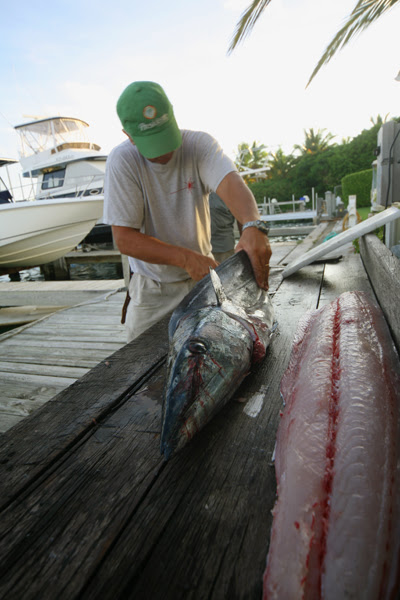 With so many other fish across the world's oceans being wiped out of course we all should be concerned about how well the fish we eat can put up with commercial fishing. As i said in an earlier blog, Dolphin Fish (mahi mahi) can handle commercial fishing the best, but not enough is known about wahoo to come up with the same deduction. According to this site, wahoo don't face the same kind of commercial fishing pressure that tuna and other species face because they don't school in large numbers therefore making them more difficult to catch in large numbers. That site also says that not enough is known about the life cycle of wahoo either. Another site says that they are very similar to Dolphin Fish with respect to their ability to handle commercial fishing. This site, says that they grow rapidly and reproduce quickly which is very important in this day and age of mass consumption. Unlike Tuna and Sword Fish "Overall, wahoo is an excellent choice for ocean-friendly seafood." Lets hope the website is correct. The Antigua Sport Fishing Association has two tournaments a year and tomorrow is the second one. This is the first time that both of Adventure Antigua's boats will be in a tournament at the same time with some of the everyday Adventure Antigua crew on each boat. 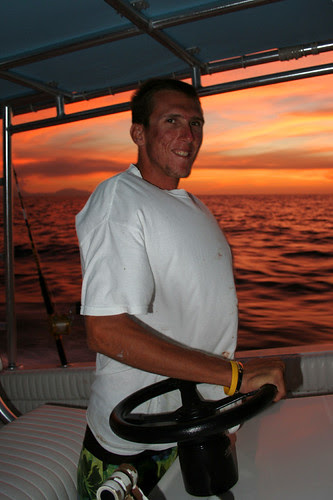 JD will captain Xtreme with Tony 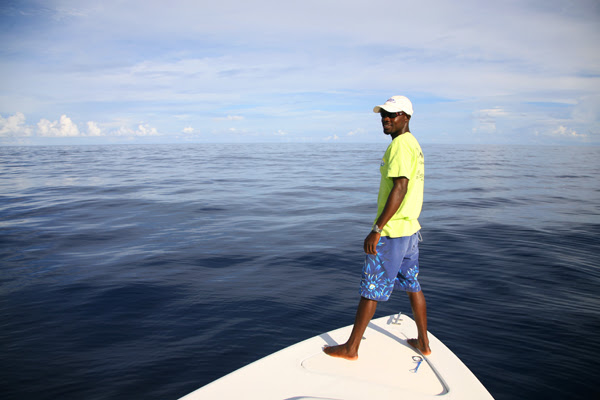 as his first mate and some other friends and family making up the crew. I will skipper the Eco boat "Arawak Odyssey" with Ross, Big John and a couple others, so it all should be some good fun. The tournament was started by my uncle Nick a few years ago and now is one of the biggest boating events of the year. This is the time of year for wahoo and last year while i was in Brazil, Tony and JD got the largest one of the tournament out on Xtreme. We hope to get some good photos of tomorrow's event and share them on the blog. 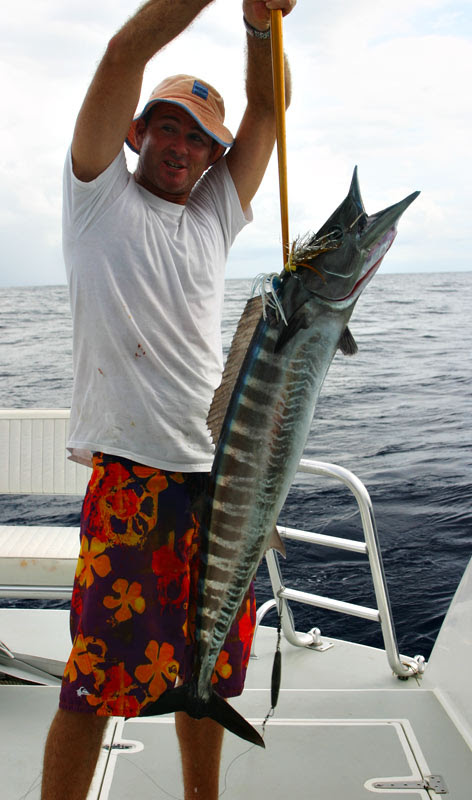 Whatever happens you know the rivalry will be in full swing over the VHF radio tomorrow. Tony and JD don't stand a chance! hahaha Enjoy your weekend.
Posted by 365 at 8:37 am 1 comment: