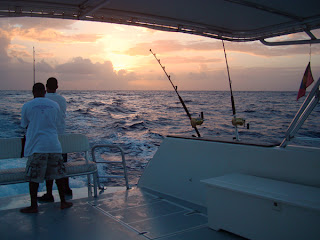 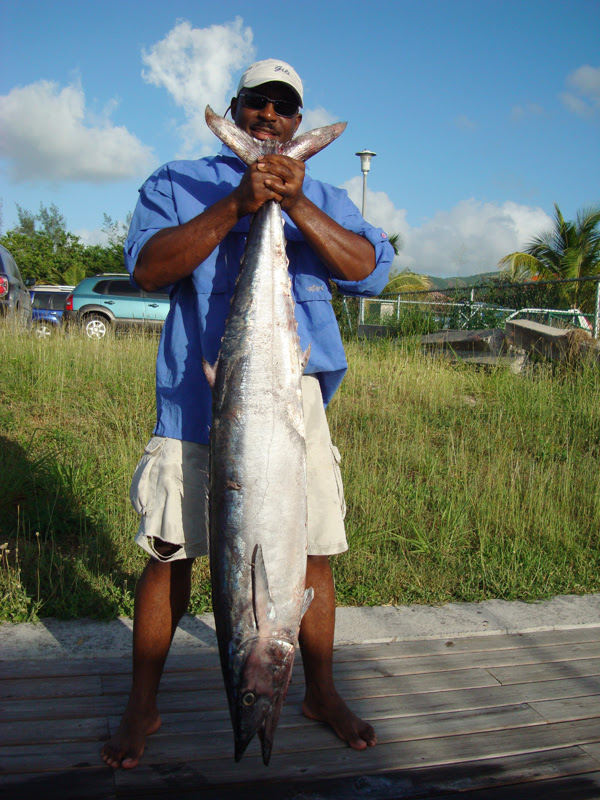 The last boat to weigh in beat our with a 57 pound wahoo. As it got dark, Dr. Charles took the microphone to announce the awards. There were prizes for biggest fish by a woman, and second biggest fish by a woman. There were prizes for biggest fish by a youth and second biggest fish by a youth. There was a prize for biggest fish by a man, but no prize for second biggest fish by a man (much to the dismay of our crew). But the big prize was “Best in the West” which was figured by most poundage and went to Vernon Hall on Skylark. I remember my dad fishing with Vernon when I was a little kid, but for years and years Vernon hasn’t had a boat. His boat is just a year old now and the old captain got his grove back and was crowned best in the west. All of us were happy for him. We don’t know what position we came in overall, but judging from our total poundage and comparing it to Vernon’s I figure we would have been 2nd or 3rd. We did well and had fun. This is wahoo time and the 2400 lbs of fish that were caught will surely mean that when people eat fish over the next few weeks in Antigua and Barbuda it will be local instead of the imported fish from Indonesia or Thailand which seems to be so common these days. Wahoo is delicious so when you are here make sure you try some.
Posted by 365 at 5:07 am No comments: