The yachties have discovered The North Sound in Antigua 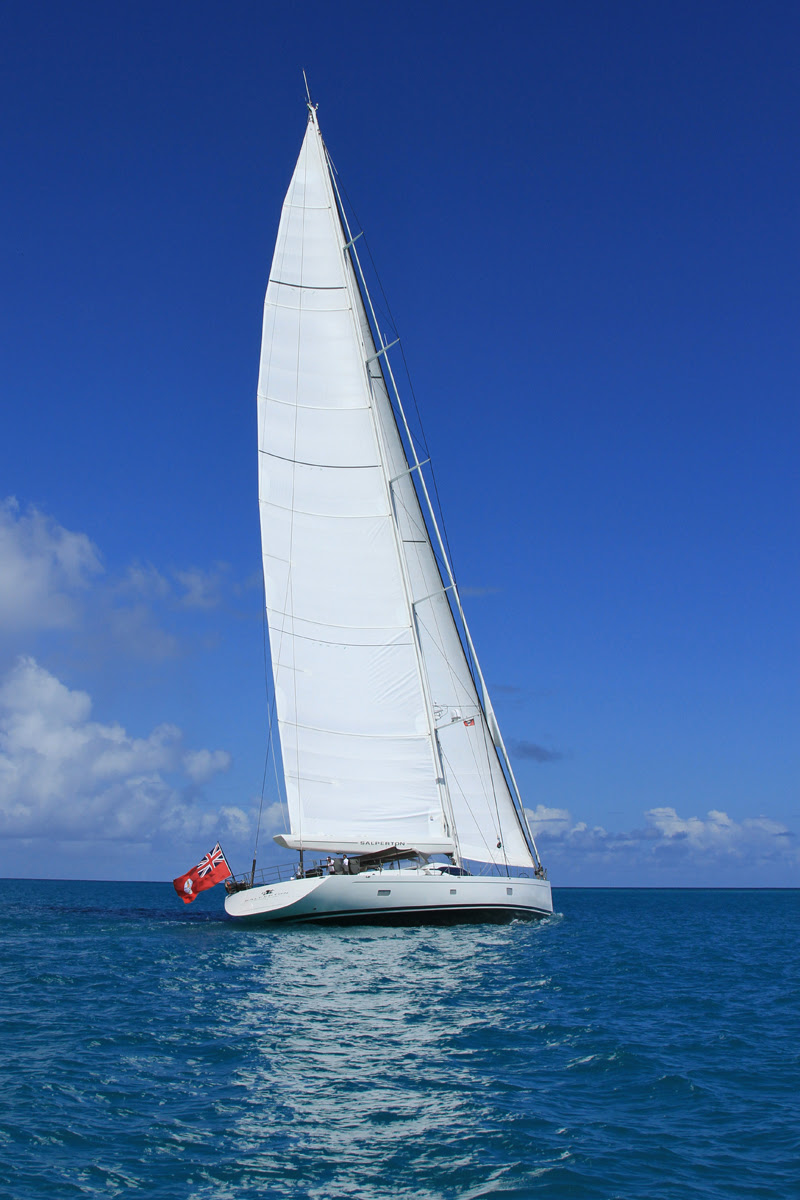 My Grandfather arrived in Antigua in the 1940s and set up The Lord Nelson Beach Hotel on Dutchmans Bay in 1950. The North Sound is where he and my grandma raised their 7 children. Then there were grandchildren and now many great-grand kids. The North Sound is where we all grew up and the dozens of little islands and thousands of reefs and coral heads which have scared mariners for hundreds of years were our fun filled playground. Of course The Eco Tour is modeled after adventures that my cousins and I got up to as kids and that tour was and still is the backbone of Adventure Antigua.
For so long charts had red navigational warnings printed on them for this area and most yachts steered clear of the beautiful bays and secluded anchorages, but things are changing.
More and more "stink pots" (mega yacht powerboats) as they are nicknamed are mooring off Long Island's Jumby Bay and I have also seen considerably more cruising yachts anchored up in the lee of Great Bird Island. I'm also seeing way more large luxury sailing yachts and this week I saw the lovely sight of a massive one sailing up into the North Sound right up around Maiden Island and tacking toward the South East side of Long. She was the beautiful yacht Salperton. Seen above, Salperton is the biggest sailing vessel I have ever seen cruising along within the North Sound. It was a fantastic sight and something that I am sure others were impressed with.
EDIT
I wrote the above earlier today and had to go to the Verandah Resort and the St. James Club. On the way back I saw a huge StinkPot cruising right through the middle of Kettle Bottom Shoal. I couldn't believe my eyes. This section of coastline is what keeps atlantic waves from coming into the bottom end of The North Sound, and it's very difficult to navigate through. We always use other deeper chanels to come into the North Sound. I was surprised to see it and as it happens I bumped into my Uncle Nick, owner of North Coast Salvage. He was equally surprised and we spoke about seeing Salperton earlier in the week.
The first big boat I had seen up there in the North Sound was the Maltese Falcon back in Jan of 2007. Seen here it was the biggest yacht I had seen in the North Sound. 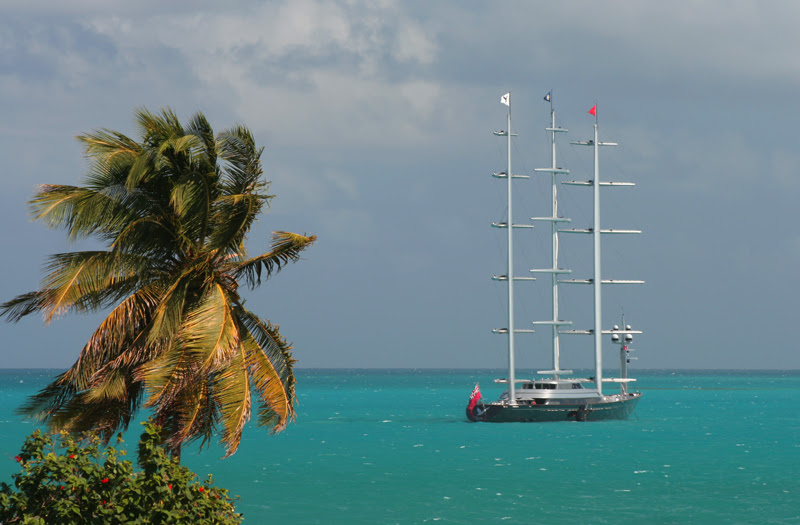 A night shot from the same place just below Jumby Bay. 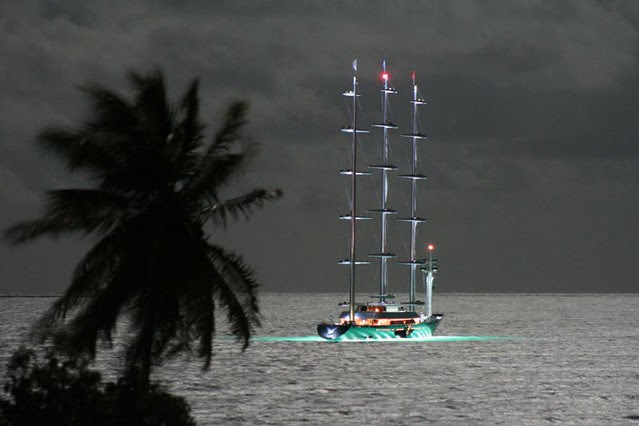 Few followed her until now and it seems as though the flood gates have opened when it comes to mega and super yachts. I guess those that make it up here are surprised at how pretty this side of Antigua is. They are surprised i guess because they have all been coming here for years and staying clear of this amazing spot only to visit Green Island on the East side of the island and Five Islands harbour on the West coast. I expect that within a few years the North Sound will be as busy or even busier than the traditionally favored anchorages. It won't happen without a few boats running into trouble. This area will always be difficult for mariners and even the best skippers with the most sophisticated electronics will make mistakes up here. "Grief on the Reef" happens from time to time and my uncle Nick will be waiting to pull them off in the event that one of these big yachts runs aground.