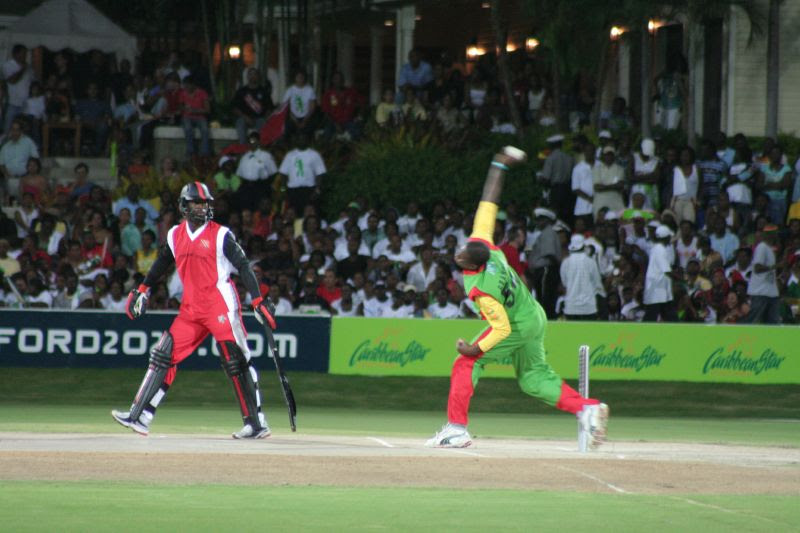 ouch! i just pressed "publish" and lost everything i had written. I had researched and written a nice blog about the cricket world cup. wow....don't u just hate when the computer eats your work. i feel sick. anyway, i will include a good article about today’s match which was the first of the 2007 cricket world cup. It is the first time it has been held in the West Indies and no home team has ever been triumphant at the end of it all. However, with the hype and incredible pride, history, and talent that is west indian cricket, we may have an upset in store for the world. This is the second biggest sporting event behind the football world cup, and although the west indies isn't a country, together we are united as one when it comes to this ground beaking cricket even. Trevor is the main man at Adventure Antigua when it comes to cricket playing for the stingray city team here during the winter and for a team in england during the summer. It's his birthday on March 29th and i will be joining him at the party stand to see a world cup match at our new stadium. Its gonna be a huge party. After all Antigua was the first country to have musical entertainment during an international cricket match. It’s a shame that i lost my original post, but tomorrow i will use microsoft word first before pasting it here. I took the photos during the Stanford 20 20 which was the best sporting event i have ever seen. 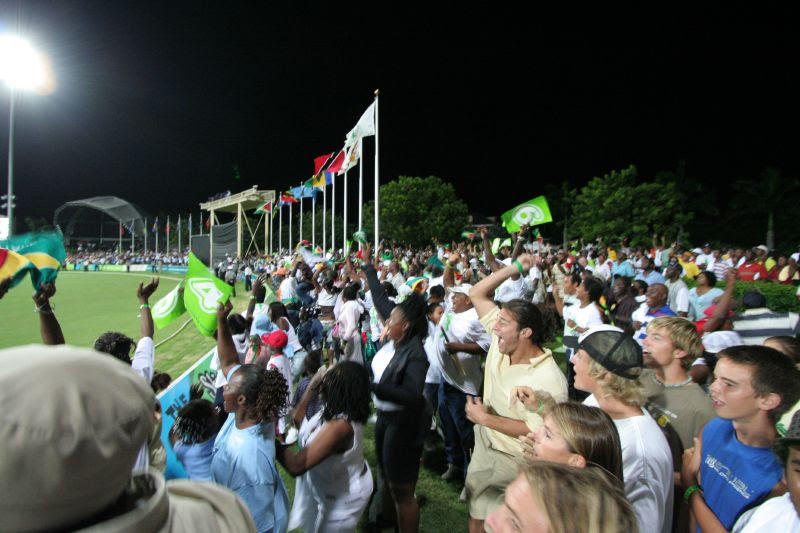 It was that event last year that got me interested in cricket for the first time in my life. Read this article for more on today's match. Well done windies.
Posted by 365 at 8:51 pm No comments: