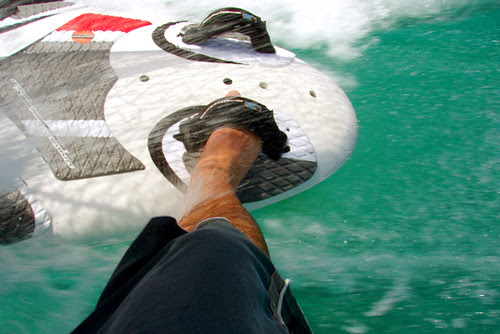 As many of you know, I did windsurf course racing for about 16 years non stop all over the Caribbean and in various places around the world. My all time favorite windsurfing regatta was the HIHO (hook in and hold on) held in the Virgin Islands. This year is the 25th time the event is being held. I first went to the regatta when i was twelve years old about eight months after i started windsurfing back in Antigua. At that time is was being held in the USVI. I was as hooked on racing as i was on windsurfing and since then have done about a dozen more HIHO regattas which are now held in the British Virgin Islands. After i stopped competing professionally the only regatta i kept doing was the HIHO. Anyway, about seven years ago i broke my knee while kitesurfing at Jabbawock beach in Antigua, and since then I have had an array of knee problems, operations and headaches which have done a pretty good job of keeping me from windsurfing, surfing or kitesurfing. Back in 2007 I was asked by some friends to take them and their windsurfing gear to the HIHO and together with the other two Adventute Antigua captains we took off in the Eco Tour boat on a 10 day holiday. 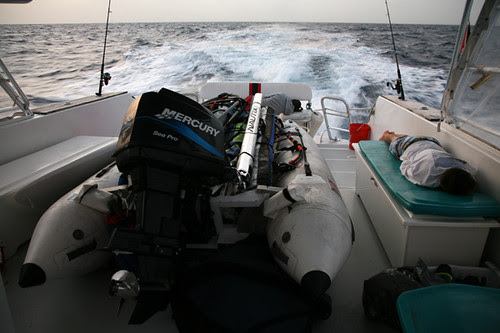 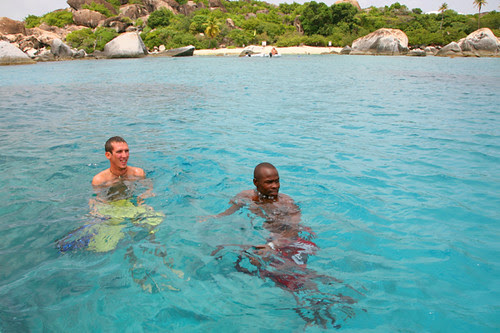 I took along some windsurfing gear at the time telling my girlfriend that i may try to do a race or two just for the hell of it. 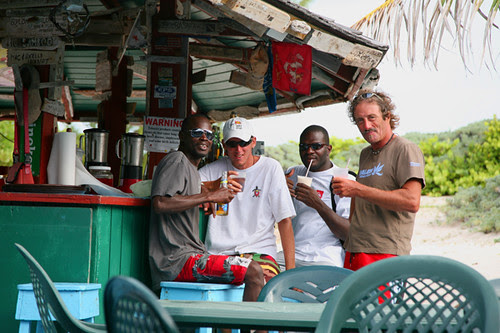 I blogged about it later, but to sum it all up... we had an amazing time and i ended up doing the entire regatta placing first overall. It was a big surprise, but the knee didn't like it at all. Since then i haven't used my big powerful racing gear at all and missed going to HIHO last year as well. This year having the classic sloop (yacht) i thought it would be a good adventure to go back down to the HIHO and the BVI again. Two weeks ago i dusted off my big 10 meter sail and scraped the muck of my one design winsurfing board and went out. While in NYC last month i managed to purchase a special knee brace which i hoped would help protect my knee from any further problems. Anyway, being back out on the board was fantastic and the old feeling of ultimate freedom mixed with spikes of adrenalin gave me a great natural high which i had beed addicted to for so long (in the old days).
I managed to go out several more times up until last weekend enjoying each session as much as the one before. I wanted to go out there this past week but had many other things going on including taking over the Adventure Antigua phone and emails while my sister is on holiday. Anyway, the weekend was going to filled with windsurfing. I had only a week left to get up to speed and i needed the training. Yesterday i arrived at Jabbawock beach and started rigging. It was so sunny and hot that half way through setting up my gear i had to run and jump in the water to cool off. The water is so wonderful at this time of the year. Warm, clear and wildly refreshing!
I got back to my sail to give some more tension and while pulling one of the lines i heard a huge bang. Immoderately i knew what had happened and started shaking my head. It was only a week earlier i was reading a story about the Air France disaster where they were saying that it could have been a problem with composite materials that caused the crash. Some friends and i were speaking about it and also commenting on the rudder break of on our friend's Volvo Ocean racing yacht. See the interview with local Antiguan Shannon Falcone here by clicking this link.
Anyway, my 100% carbon fiber mast had snapped above the boom and that was the end of my sailing for the weekend. Stopped before it even started. This type of top of the line racing equipment is not something you will find here in Antigua so i knew this was a big blow to my plans. Mykl enjoyed her windsurfing session while i had my rigging problems so at least one of us had fun. 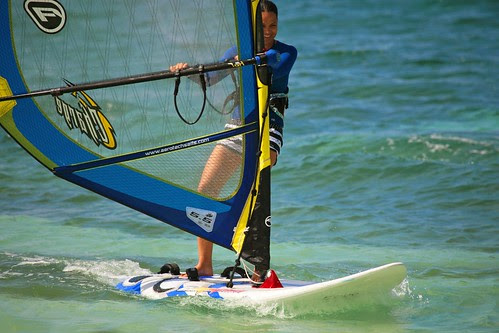 Patrick from Windsurfing Antigua called me today and said he had a 75% carbon mast of similar size back at his house. This good news means that although it won't be a racing spec mast, but at least i can train some more later in the week before our departure. For a cool story on the HIHO you can check this link.
Posted by 365 at 10:37 am 3 comments: