Please be on time for our tours.

We had an strange set of problems with yesterday's Xtreme trip. 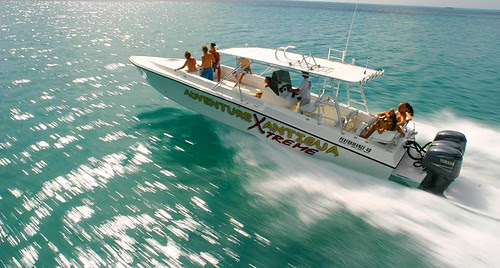 The first thing that happened is that after business hours the day before we had a call saying that a party of 8 wouldn't be coming on Xtreme because they were sick. They were from the cruise ship coming into Antigua the next day, and with Adventure Antigua manager, Nell, having turned people away all week for the fully booked tour the cancellation of 8 at the last minute was not great news. All day we had been getting calls from people wanting to go out the next day. For some reason we had nothing booked for Thursday or Friday but were turning away people for wed. We require 24 hours notice on cancellations which i think is very generous as we only take a small deposit. The group of 8 people said they were all sick and wanted the deposit back. 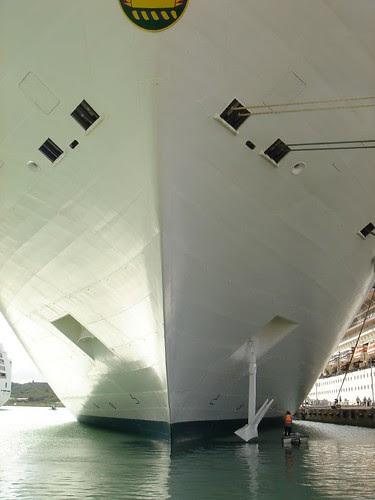 Then with the smaller group booked on Xtreme JD and Trevor left Jolly Harbour on time at 8:15 bound for the St. Johns pickup at 8:35 am. (Whenever there is a cruise ship in town the Xtreme tour leaves an hour earlier so that we can be accommodated at Stingray City in between their cruise ship arrivals which sometimes are groups of 200+. We are the only outside tour that stops there and it's always worth doing the tour early in order to be at Stingray City by ourselves.)
JD called us at 8:45 am saying that he had collected four people from the cruise ship as per normal but that two were missing. He had walked the docks looking for them before calling the office. Nell asked JD to wait a bit longer and JD went and spoke to the skipper of Excellence, the other large boat on the dock telling him to keep an eye out for the guests. At 9:05 after another call to the office, JD pulled out of St. Johns bound for the last (and now late) pickup at the Sandals resort. The worst complaint we have ever had on Cruise Critic was that our tour was rushed because so much time was spent waiting for some Sandals guests who didn't turn up. Here we were doing the same thing to them. This sort of thing happens several times a year and the we have to make decisions to leave people who don't turn up every now and then. Actually every week we get no shows and sometimes after a phone call to their hotel room we find out that they don't want to come anymore which saves time and off we go. In the case of cruise ship passengers who booked online and paid deposits we give them the benefit of the doubt and wait around for them for as long as possible.
The Eco Tour boat skippered by Tony comes into St. Johns usually at 9:50 for a 10 am pickup. Yesterday Tony pulled up to find his guests as well as JD's two missing guests. He quickly called JD and then Nell. The guests complained to Nell saying that they were "left". Nell apologised and ordered a cab to take them to Stingray City at our expense (one way US $30). They arrived late there after all of Xtreme's guests had finished swimming in the park. JD took them in and swam with the rays helping them take photos and all the usual stuff they would have done had they been on the boat when it arrived there. 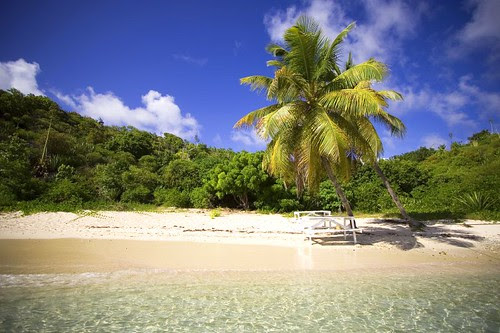 The tour went on as usual with the lunch stop at Green Island, the historical tour of Nelson's Dockyard, the snorkeling at Pillars of Hercules, and the deserted beach stop at Rendezvous Bay. 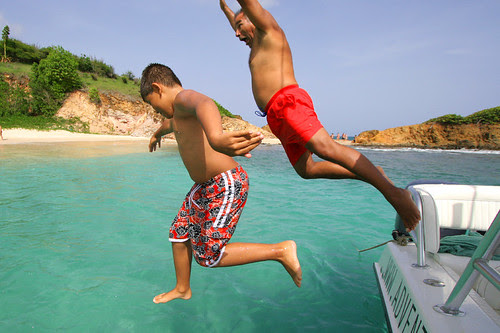 At some time during the day JD overheard the couple saying that they had missed the tour on the island the day before and wondered if they had made mistakes with Caribbean time vs Eastern Time. Anyway, at the end of the tour the guests demanded a discount because they missed two hours of the tour. Jd explained that he was there in St. John's on time and delayed the departure of the tour by 30 minutes which on our tours is almost unheard of. She said this was untrue and that JD must have left when they were in the Exotic Antigua shop thinking they were no shows. JD reminded her that the shop didn't open until 9 am. With that she demanded to speak to the office once again and proceeded to rant and rave (for the second time). I won't mention the things she said, but what i will say is that her bitter complaints were not the only ones we had that day. After she got her additional discounts and left we had complaints from the crew and from the other guests who were disappointed that we paid for her cab fare, disappointed that we gave her $60 in additional discounts to the 10% they received for booking online, disappointed that we permitted her to create such a scene on what would have been an excellent cruise, disappointed that her rants and lateness caused delays in the tour's schedule. Nell and JD both say that in all the years she has been working in this industry yesterday was the most difficult.
As far as the Xtreme tour went yesterday everyone would agree that it could have been better. I am sure that the guests who cancelled last minute want their US $25 deposits back, I am sure that the people who came late want all their money back. I'm sure that JD, Trevor, Nell and Jill would rather not work for me on days like that, and I am sure that the guests who had to endure the saga would have preferred not to have had it happen on their day as well. What do I do to make sure this doesn't happen again?
We have clear instructions of pick up time and place on the emails that go out to our cruise passengers (who rarely have problems). We have boats and crew that arrive on time unless there are problems like this one. I just don't know what to do to avoid this kind of thing from ever happening again. All the guests who were on the boat in St. Johns that morning commented on the fact that Jd's story was legit. We know his story is legit because he called us while he was looking for the guests. Other passengers later commented on this fact too saying they would email their side of the story. What's upsetting is that the unhappy lady actively told Nell on the phone that she would go on the internet and tell her side of the story to do harm. I'd rather not have written this particular blog, but I know that her story will do us harm. That story is that we left her at the dock without a second thought (we were down from 21 people to just 11) and that we were rude, called her a liar, and didn't want to give her any money back after shafting her out of a portion of the tour.
I think if you are planning on coming on one of my tours or any other tour in Antigua please assume that we will be on time and that we may not wait for you if you are late. Please email Nell again if you are unsure of the directions and keep the number which she gives you in your confirmation email as a just in case backup.
Posted by 365 at 10:38 am 5 comments: