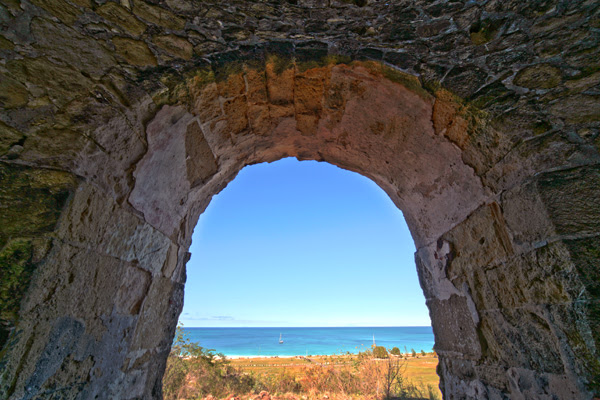 One thing i didn't mention was a massive change in Europe called "The Industrial Revolution" which helped sugar to be produced quickly in a more effective process. Coupled with greater mechanism was the additional help of slavery. Of course the sugar industry would never have been what it was without African slaves, and for that matter entire countries wouldn't have been as wealthy as they are today. The first slaves in the Caribbean were native Arawak and Carib Indians. In an astonishing move, the Pope gave Christopher Columbus permission to enslave these "savages" as long as they would be taught about Christianity. Many resisted in the terrible conditions and in within 75 years all Arawak Indians were killed off. Imagine that!!! The total and complete genocide of millions of native Amerindians was complete by 1575. The Carib people were traditionally stronger and more aggressive and it is alleged that these people were even cannibals which is where the word Caribbean came from. (IT took me a while to find proof of this but here it is http://www.edu-cyberpg.com/culdesac/USVI/usvi.html)
These Caribs resisted being enslaved so hard that in the end the few that were left were left alone on some of the islands to the south. To this day there are still indigenous Carib people living in Dominica. Indigenous is a word that is used often in Antigua these days with a different meaning, but i won't get into that here.
The first Africans arriving in the Caribbean were imported like cargo in horrible conditions by the Portuguese some time around the start of the 17th century. The first British ships bringing African slaves to the "New World" left Africa in 1662 with the first British slave captain John Hawkins, but the first African slaves arriving on British ships arrived in Barbados in 1700. The British slave trade with most of the ships being based in Liverpool went on until it was banned in 1808. It wasn't until 1827 that Britain banned all foreign slave trading with its colonies, and even declared it piracy punishable by death. Within 6 years the Emancipation act was passed banning all slavery in the British Empire within 5 years. It actually was stopped a year later in 1834. There were many reasons leading to the abolition of slavery in the British Empire including the efforts of many activists with the most famous being William Wilberforce. Coupled with the passionate fighting of these abolitionists was the fact that sugar was now being produced competitively outside of the Caribbean using the sugar beet.
Anyway, the sugar industry didn't die when slavery was abolished as had been proposed by the anti-abolitionists. In fact sugar did hold these islands together for another 130 years. It was only stopped last year in St. Kitts which was one of the first two British sugar islands.
These sped up history of sugar is so abbreviated that i hope people will understand that i am not trying to smooth it over. There is a wealth of info on the net and in our schools here about it. This is just a blog and i am only just scraping the surface. In my next blog entry which i hope to write tomorrow, i will speak about why these islands recently and finally moved away from sugar cane. It’s all interesting to me and i hope you will be encouraged to read more about it online. IF you feel that you would like to add more or comment, then please do so. This is worth discussion.
I am off to Barbados on a Gunboat with Xabier, the owner of Wadadli Cats, Francis and Andre who i blogged about earlier. See ya later.
Posted by 365 at 9:01 am No comments: