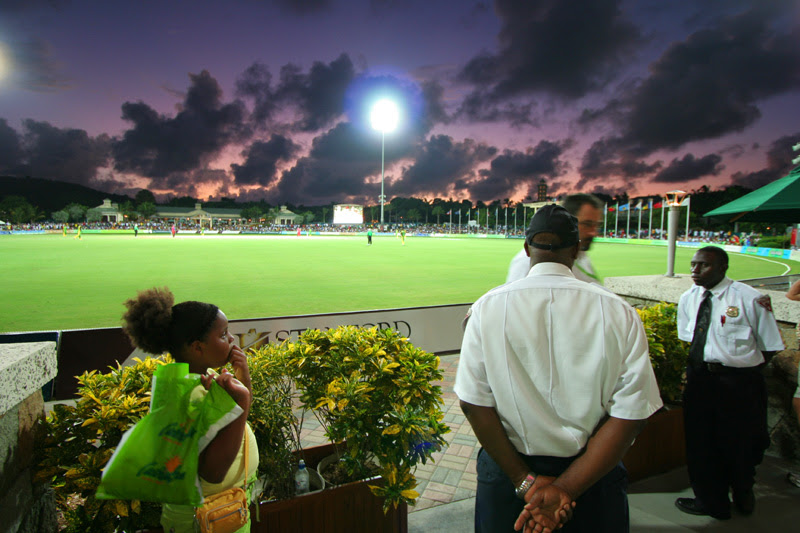 Ok the real famous Eli (super bowl winner, Eli Manning) has been here this week chilling out at the 5 star Jumby Bay i guess before going to Disney Land. I had heard about it when a close friend at http://www.wsex.com/ called me up all excited telling me I should offer a free charter. I thought that was funny. I also thought that like most Celebes coming to Antigua, he was doing it on the "low pro" until I saw him being interviewed on TV during the Stanford 2020 cricket last night. "Uncle Stan" (R. Allen Stanford) was next to him watching Trinidad murder St. Vincent. 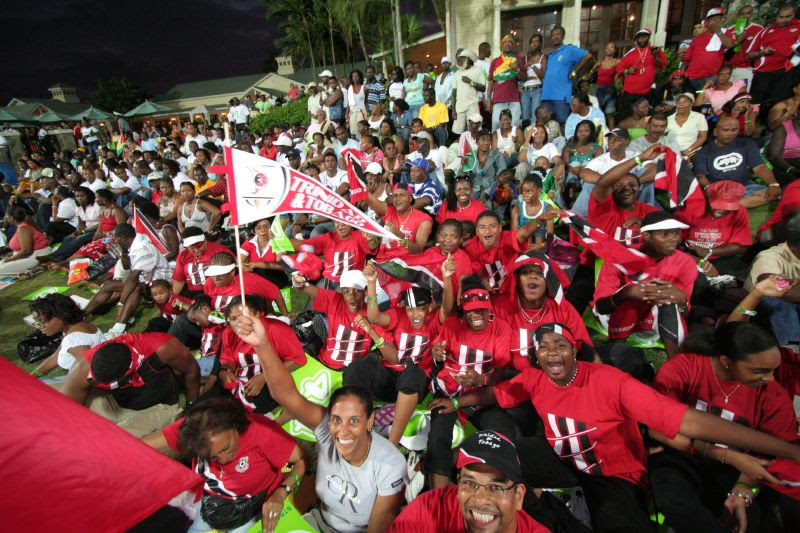 I had a hard time eating my sweet and sour Chinese chicken at Delightful Restaurant as the flat screen kept on interrupting me with smashing fours, sixes and wickets like crazy. Anyway, Eli seemed to be enjoying himself at the cricket game thanks to the Texan / Antiguan hospitality. They say that there are a billion viewers seeing this tournament live all the way from the USA to India. Cricket is a major passion all over the world and is even being played these days in China. According to Wiki, "Cricket has been an established team sport for hundreds of years and is thought to be the second most popular sport in the world.[2] More than 100 countries are affiliated to the International Cricket Council, cricket's international governing body. The sport's modern form originated in England, and is most popular in the present and former members of the Commonwealth. In many countries including India, Pakistan, Bangladesh, Sri Lanka and Australia, cricket is the most popular sport. It is also a major sport in England, New Zealand, South Africa, Zimbabwe and the English-speaking countries of the Caribbean, which are collectively known in cricketing parlance as the West Indies. Many countries also have well-established amateur club competitions, including the Netherlands, Kenya, Nepal and Argentina." I know that the live TV coverage in the little USA city of Ft. Collins http://www.yougottaseethis2020.com/ will have spiked a bit last night after word got around that Eli was on TV there.
The Stanford 20 20 is being marketed heavily there. I can't imagine US sports bars full of people having to watch cricket. Funny, but money can buy anything some of the time.
The other Eli, a lanky one from Antigua, has been at several of the matches to date (without being noticed by the cameras he he). The last two I went to were pretty amazing events. Antigua vs. the USVI was quite a match and sitting in the Sticky Wicket we were able to have a lovely meal and sit comfortably. Antigua didn't convincingly beat the USVI though which was a shame, but the "lime" was loads of fun anyway. Two of my blog readers gave me a hard time for not writing enough these days. If I am not writing much it generally means I am having too much fun.... (Good for me... not so good for the blog and its readers). Thank you for reading though and I will try to be a better blogger ;)
The last match I saw live was with some of the Adventure Antigua crew on the grounds. The current Stanford 2020 champs Guyana played the ICC world cup team Bermuda. 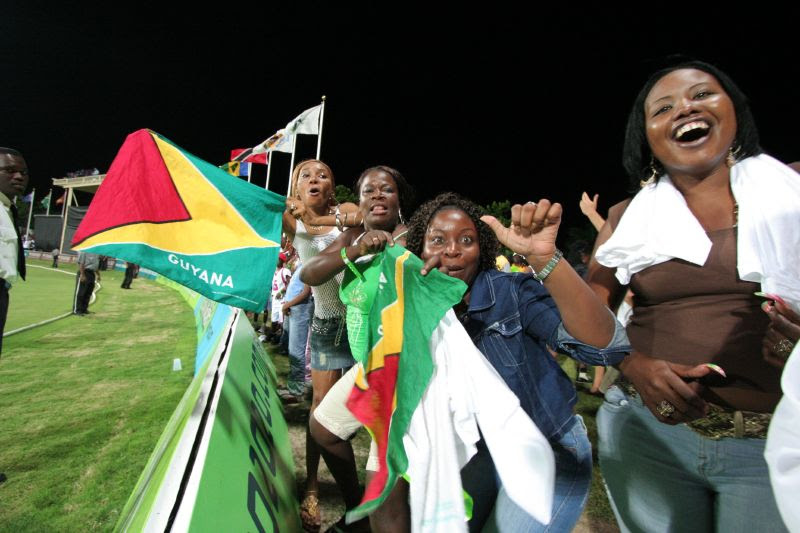 Experience in the world cup wasn't enough and the well oiled machine that is Guyana Cricket demolished the Bermuda side. With at the very least ten thousand Guyana nationals living full time in Antigua, their support at 2020 is staggering. Antiguans can almost end up feeling like tourists at a Guyana match and there were some not so friendly young GT supporters set up in front of us when we first got into the grounds. I knew that Guantiguan's are usually friendly people so I got up and looked around for somewhere else to watch the game which was about to start. Sure enough I met up with some of Tony's friends and fellow Guantiguans in another spot. This is Tony with a few of the same guys from the last 20 20 in 2006 just after Guyana won the championship. 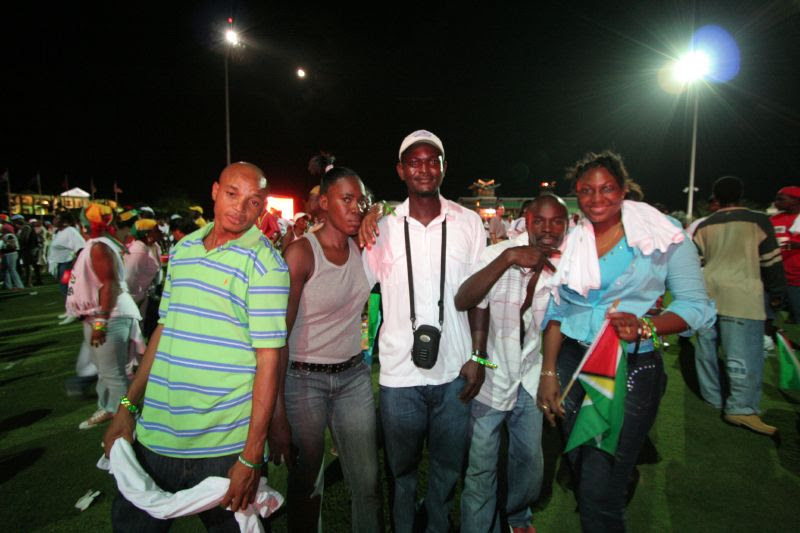 I said that I was looking for a place to sit and watch the game. All together they said bring your people and sit where ever you want around us. Trevor, Mykl, Olly and I quickly set up next to them with our cooler, chicken, and seats. We offered them some of our Rum but they had their own stash of something I think was called Extra Mature Rum from the mother land. Tony finally got there and we watched the match enthusiastically as a group. The Extra Mature GT rum finished first but they had another ration of Demarara rum tucked away. Unfortunately for us all Team Guyana opted to bowl first after winning the toss. I say unfortunately because, we never got to see Guyana's awesome batting. They outed all of the Bermuda side fairly quickly and before the Antigua rum could be finished they had chased down and passed their runs too. It was all over too soon. A win is a win, and that was enough for the GT fans who outnumbered Bermuda fans by about 500 to 1. Just before the action was over, our friendly Gauntiguans started handing out small rotis. That was very nice of them and the food was lovely. Anyway, after a quick weekend adventure at North Beach Barbuda this weekend we will be back to see Antigua vs. Guyana from the grounds again. I still think that even in Antigua there will be more GT flags there than Antiguan. It will be very difficult for Antigua to defeat the champs but cricket is a funny game and anything can happen. Either way, it will be massive and tickets have been sold out for ages. All of the Adventure Antigua crew will be there with this Eli. Don’t know about the other Eli...... doesn't he have to go to Disney World?
Posted by 365 at 3:34 pm 4 comments: