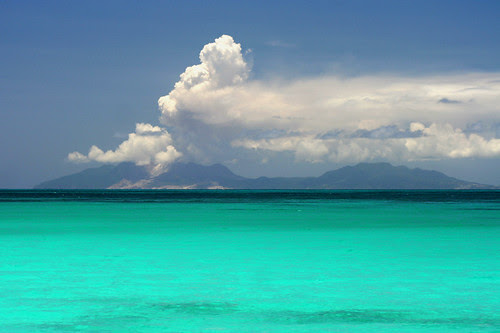 Earth day came and went once again without much attention here on the island or internationally being paid to its significance. Earth Day according to WIKI was started on April 22nd 1970 by a US senator by the name of Gaylord Nelson.

His funny name didn’t stop him from getting 20 million people to participate that first year. His steps to start this first “environmental teach in” has now become something which about 500 million people take part in each April 22nd. It is a day when people are encouraged to celebrate, learn and or teach more about our planet’s environment. 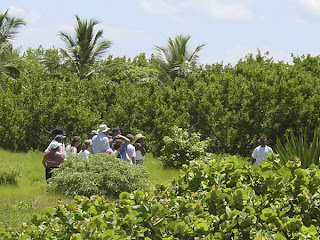 I find environmentalism something very tricky in fact. My dad has always been some sort of eco warrior here on the island and I guess his influence as well as my love for the natural environment helped me to become equally interested in the earth day principals of celebrating the earth’s environment and helping others see its fragile beauty.

On an island where there is always a great deal of development going on around you there are always stressors on the environment. 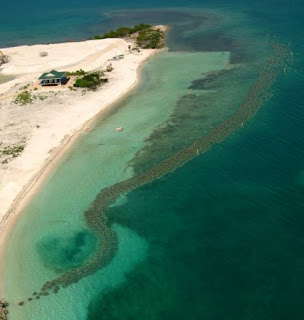 Also with such a terrible lack of environmental education within the government we have seen a very slow move towards protection of our environment. When the laws are finally drawn up to protect the mangroves, the fish or the reef….implementation is a further hurdle not even on the horizon. Being an eco warrior here isn’t that easy and faced with losing battles after battles some people just give up. After “fighting” for years on behalf of Antigua’s environment I recently decided to change my tactics. I felt I was becoming more and more disenchanted and made the conscious decision to take a few steps back away from fighting what seemed like a losing battle and to try to appreciate what was left more. While appreciating the environment I would try to show people what makes it special TO ME in an effort to change people’s perceptions about what it is that we are losing very quickly.

A little side note here: Yesterday I noticed that the lovely mangrove area next to the main road which runs between Jolly Harbour and Valley Church was being attacked by heavy machinery. I have no idea who the owner or developer is but someone has decided to fence some of the land adjacent to the mangroves and main road and to build a small road in between the fence and the swamp. In order to build this little road huge old mangrove trees were dug up this weekend. Yes on Earth Day mangrove plants were being dug up on the main land in plain view on Antigua. Anyway, on the weekend I was sure that it would be very difficult to get anything done so I waited until today. The property by the way starts next to the Coco’s turn off and almost appears to be owned by them although this may not be so at all. The first call I made a short while ago was to the Ministry Of Environment. Their website gives an environmental crime “hotline” so I called that one. A lady answered saying that of the three “officers” that were supposed to be there, one was off island, one was on sick leave and the other wasn’t going to be in the office that day. I told her that digging up mangrove was a pretty big deal and asked if there was anyone I could speak with. She said that I had better call the fisheries department. I wasn’t going to even bother with that one. The next phone call was to Cocos hotel since their main sign was along this fence and property. This time the person in the office there had no idea what I was speaking about. I don’t think they even knew what mangroves were, so I told them to have the owner give me a call. I know he recently was in a bunch of hot water with the government over environmental planning so I am sure he would be interested in this issue. Anyway, as you can see there seems to be very little interest in getting anything done here and sometimes banging your head against the wall hurts more than it helps. Many of the young Antiguan kids that I know seem to be more interested in the environment than their parents are and I guess time will tell if the next generation is willing to make changes. For now I think I will continue to enjoy it more than just rant about it. Of course I will also try to educate others about our environment as well.
Recently I found out that we have a recycling center here which is collecting #1 and #2 plastic bottles and containers as well as aluminum cans. I think they collect and crush them in order to send them off island to be recycled. It’s a great initiative and something that I decided I wanted to be part of. If you are here and want to learn more about it please email me or call me on 725 7263. Adventure Antigua now is taking all of our recyclable material to their collecting center on Barnes Hill. It actually feels good to do something however small it may be. Another nice thing that has happened recently is that Harney Motors is collecting all used engine oils to be used in the production of diesel. I am not sure how the process works but it sure feels good to take our waste oils to be processed knowing it will be re-used. There are many ways that we can all chip in to help the environment and we must not give up totally. 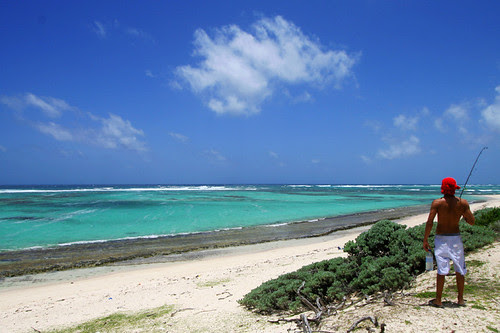 With all the guilt trips the hard core environmentalists are willing to share out and all the people on the opposite end of the scale who just don’t seem to care, it is easy to become disenchanted, but with the general theme of earth day which is to inspire awareness and appreciation for the Earth’s environment, I think we can make a difference.
Posted by 365 at 11:03 am

I hear you Eli,and I am hugely frustrated too, I came back to the UK a couple of years ago but was living in Antigua for 6 years prior to that. I visit occasionally now, and am planning to move back in late 08. Anyway one of my loves in Antigua, is birdwatching and bird photography, but I'm sure as you've seen, some of the greatest birding spots are literally being torn apart or having rubbish dumped in them. I fight the battle like you and sometimes make endless calls, feeling like I'm getting nowhere. It's a shame certain Antiguans don't appreciate naturally beautiful places, but like you say, let's never give up!

well said, Eli.. it is all too easy to just "give up", what with the militant, doom-laden greens on the one hand and the woefully ignorant (and totally disinterested) on the other... for me its always been like: how can recycling my few water bottles etc put a dent in the damage being done by, for example, carbon emmissions?? - but reading today's blog has inspired me.. i guess all of us here should support the recycling plant... its a bit like the hundreth monkey theory i suppose... anyway, i sincerely hope that before next earth day a few other sceptics like me will make a fresh start and start recycling.. it goes without question that we would all like our kids and grandkids and their kids to enjoy the beauty that we are fortunate enough to be able to see all around us (and so often take for granted)... so let's try to do something about it while there is still time...

this is the link to a site that explains the hundredth monkey phenomenon... enjoy!