not the best end to a fishing tournament 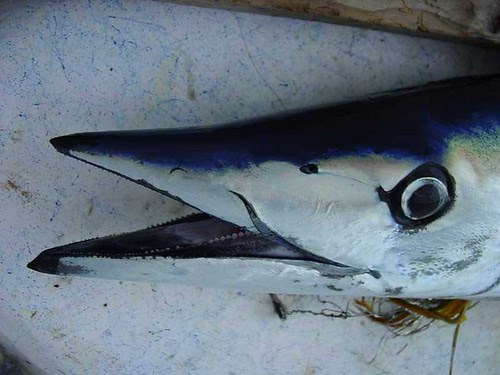 The black smoke we saw as i powered up to head into Nevis was not good at all. My engines don't smoke and i knew immediately that we were in for problems. Upon opening the engine hatch we saw oil in the bilge and quite a bit on the air filter. Out there in the rough sea and no cell phone communication with my mechanics, i knew that we would have to make do with the one engine. We had 90 minutes to be back in Nevis which was going to be impossible, so we pondered the choices. If we limped into Nevis on the one engine we would be disqualified from the competition for coming in too late. We would then have to limp even further back to Antigua the next day. Since the customs and immigration had cleared us in and out the night before we didn't have to return to Nevis at all. This wasn't what we wanted at all, but was probably the most sensible thing to do.
I walked back the helm and made a 90 degree turn towards my GPS point at Jolly Harbour. I didn't want to push the starboard engine in these seas and kept the RPMs at a moderate level. We were doing 7.5 knots and would be in Port in about four hours. Its funny how things can turn out sometimes. Simple things we worry about so much like the lost wahoo earlier in the day can end up being of no real consequence. The seas seemed to get rougher and we took a few over the bow sending torrents of water over the deck and out the stern. Poor Chris was not feeling well at all and as the water poured over the deck and his lifeless body, i couldn't help feel bad for him. 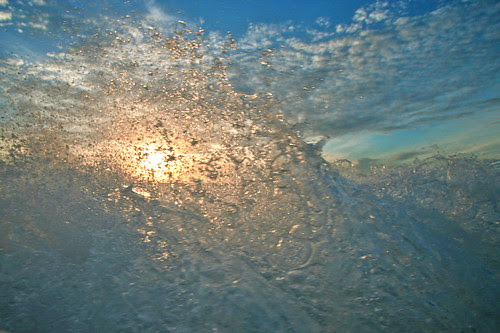 We finally got back into Jolly Harbour in the dark and set about cleaning the boat and getting rid of our fish. Cocos Hotel wanted the fish that had been sitting on ice since we had caught it. The total weight was over 100 lbs and we would have won the Dolphin (mahi mahi) prize and finished in the top 5 in the wahoo division.
The next morning Val, one of our newest crew members, started preparing the engine to be taken out first thing Monday morning. We had a spare engine and just needed to swap some parts over before we put it into the boat. Thanks to some very long hours put in by Tony, Val and Tom and his crew at Antigua Marine Services we were able to be back up and running on Wednesday. We had some cruise ship guests on our tours that day who wouldn't have been able to re-schedule so it all worked out very well. Tom said that the other engine looked as if it had an issue with a piston ring or something. Anyway, that one will be fixed now and ready for the next problem. There is one thing that is as sure as sunshine in Antigua and that is the reality of boat problems. Its not a matter of if a boat will have problems... its a matter of when. Having boats with more than one engine is essential and then having spare engines (which we have for both the Eco boat and the Xtreme boat) is a huge benefit. 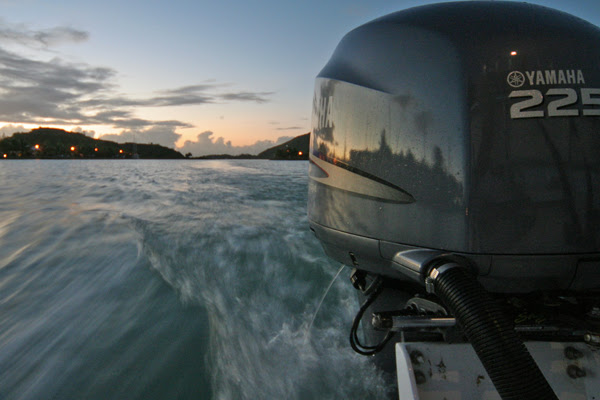 For now, tours are running well and although i am off on holiday at the moment myself, i am already thinking of a strategy for our next fishing adventure. When i get back to Antigua we will have a week before our next tournament this time from our home port of Jolly Harbour.
Posted by 365 at 6:46 am