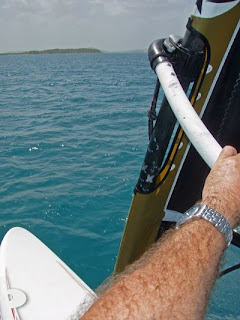 Recently i went to see a doctor after having some bad sinus problems. The very nice nurse made me fill out a very long form. When I gave it back to her she checked it carefully and then asked me with a puzzled look, "how old are you". I thought it was a strange question because not only did i write my date of birth in the right section of the form but i also wrote my age in it's proper section too. I said to her that like i wrote on the form, I am 34 years old. She smiled and said, "but Mr. Fuller you are 35 years old." I smiled and said "no I am actually 34." She then put it to me very kindly that if I was born on August 23rd 1972 then i was in fact 35 years old and proceeded to do the math for me. As if I had just been told i have a terrible disease, I took the news and accepted the reality solemnly. Why had i thought i was still 34 years old? Have I been telling people this lie all year? And why? Was it because as i was reminded yesterday that its because a 36th birthday is closer to the big 4 0 than a 35th birthday? I think that may have something to do with it. Subconsciously I wanted to be closer to 30 than to 40. Jeez! I guess if the nurse hadn't given me the reality check I would have been very embarrassed this week. Either way the day has come and I have past the half way mark and am closer to FORTY than anything else. How could it be that i am soooo..... hmm (don't want to offend anyone out there) .... much older than i was just the other day? I was just catching ''conya" (squirrel fish) off the rocks on the beach with my cousins and brother. It seems like just the other day I was going to compete at my first international windsurfing regatta.... Weird how life just flies by at a rate of knots sometimes huh? While in the shower this morning listening to the winds blowing hard outside I remembered the days when strong winds would have me rushing to the beach to go windsurfing. Three knee operations later my knee hurts sometimes just hearing the winds:) Anyway, in the shower I decided that its time to get some work done on it again. I had put it off several times this year but before this 2008 is finished I think I am going to try to get it fixed up a bit. Before I finished my shower I even thought about how fun it would be to get into windsurfing again properly. I even thought about how fun it would be to race for Antigua at the 2012 Olympics. I will be turning 40 then and it would have 24 years since I represented Antigua in the Olympics back in South Korea.
They say time flies when you are having fun...... if that's the way it has to be then I hope it never slows down.
Posted by 365 at 11:06 am

What does "GROWN UP" mean, if is not having fun then I am glad that I have yet to become a grown up. I am quite a few years ahead of you but still enjoy almost everything I do.

Anonymous said...
This comment has been removed by a blog administrator.
12:26 pm

Hey Eli, you were born 2 months AFTER I graduated from high school! Now, doesn't that make you feel young? And getting older doesn't mean you have to grow up :) Besides, think of the alternative - birthdays are actually a blessing!

That's okay, for the past three years, I having been thinking that I just turned 40.

Hi Eli, Met you yrs ago during a Crossroads alum picnic. Have been following your blogs all summer. I love your outlook on life and your writing reflects it. I think sailing keeps you "young at heart".

BTW, have you seen Hicks? Talk about a "young heart and spirt".

Turning 36 isn't a curse. We all trip that wire if we live long enough. Enjoy the time, you won't see it again.