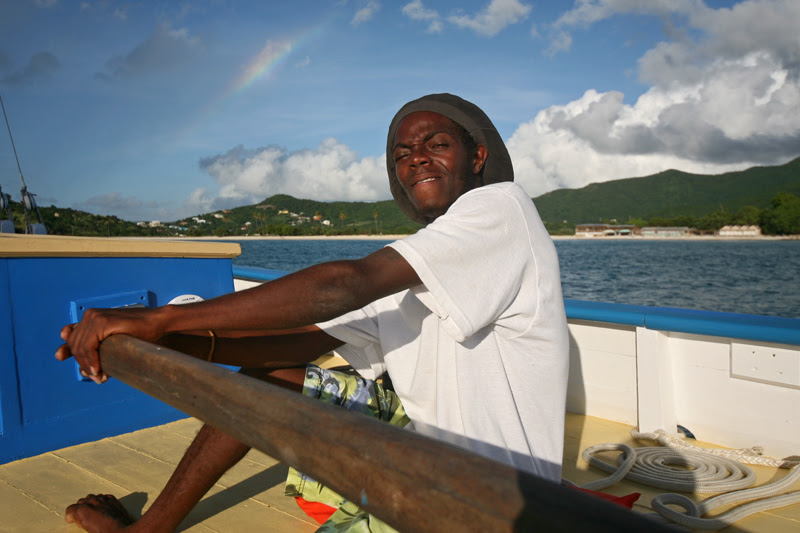 Jason has been working with Adventure Antigua since May when he came aboard to help finish Ocean Nomad. He calls it his baby and he has been the most dedicated person in getting her to the stage that she is at now. Seen here yesterday, Jason is finally at the stage where he can go sailing on her with me instead of spend his days sanding, painting, cutting, scraping and any other number of things we have had to do over the past 6 months. I remember when we were cutting almost 5 thousand pounds of lead to use at the boats internal ballast during the first days he was with the company. The lead came from a huge sailing yacht that had been destroyed in a fire. It was probably one of the worst jobs anyone working with us has ever had to do. Cutting lead with a chainsaw in the hot Antiguan sunshine without any shade isn't easy. We had to weigh every piece too. One of the things we tried to do was cut the pieces as big as possible so that we could limit the amount of chainsaw work we did. Some pieces were as big as 90 kilos or just under 200 lbs which is nearly twice as much as Jason weighs. Jason is not a very big guy at all but like Tony he is way stronger than he looks. During all that lead cutting and lead lifting he didn't complain a bit. In fact, the lead wasn't the only nasty job. We also had to paint a tar like substance all over the interior of the boat after sanding all the mildew off the wood. That was Jason's first week and he's been working hard every since. 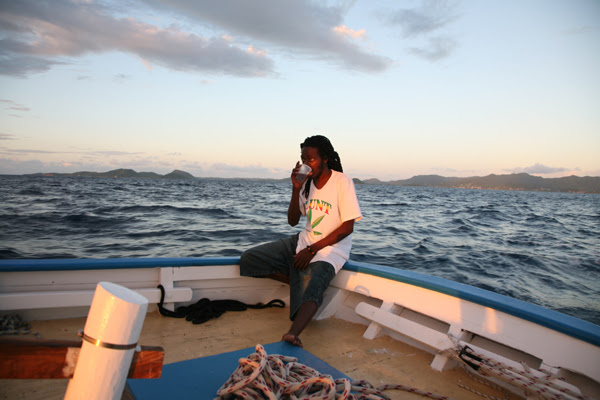 Sitting back and sailing now is a joy for him and he's very excited to be the first mate on this boat. Look for him this winter if you are on the boat with us. For more info on the boat you can goto http://www.sailing-antigua.com/ 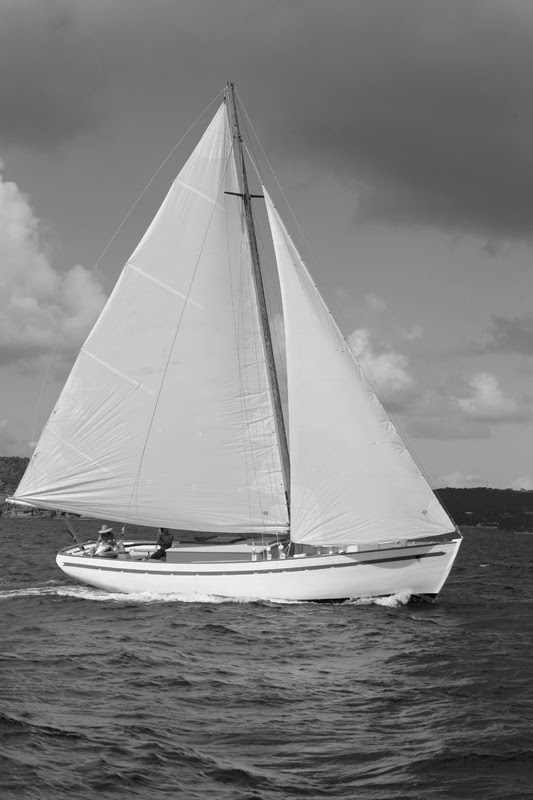 This was another photo from yesterday's sailing session: 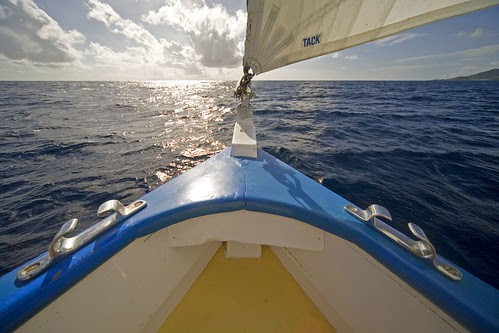 I had fun riding on the boat with you.
I like that u r u in a steel band it must be fun.
I loved the pasta it was great.
Thank you.

I had fun riding on the boat with you.
I like that u r u in a steel band it must be fun.
I loved the pasta it was great.
Thank you.