Whales, Dolphins, and lets not forget Turtles too!

In my last blog I highlighted the whale and dolphin watching that is going on at the moment and mentioned that our boats have been seeing more than usual this year. Yesterday our two Xtreme boats doing the Circumnav (round the island) tour saw a pod of whales off Nelson's Dockyard. They approached them in between the tour stop at Green Island and their tour of Nelson's Dockyard. The whales didn't stick around for long and sounded showing their tails before the very deep dive. The water out there is several thousand feet deep. Anyway, the tours did their historical tour of Dockyard and then went to snorkel at Pillars of Hercules. After Xtreme's snorkeling session they returned to the area the whales were spotted and luckily they met them again on the surface. Captain JD shot the iphone image of one of them that is the featured image above. Once again we had delighted guests on board who got more than they expected on our round the island "Xtreme Circumnav Tour". 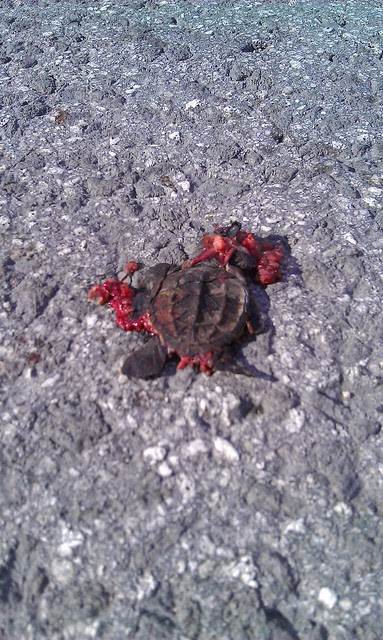 Our Eco Tour on the other hand didn't see any whales for the week, but has been seeing dolphins fairly regularly. Both boats see turtles almost daily, and yesterday on the North side the weather was clearer and the Eco Tour saw quite a few hawksbill turtles between their tour stops. The nesting season for hawksbills is between May and November and generally people in Antigua regard nesting season as the summer months. However between the three species of marine sea turtles we have nesting on our shores (green, hawksbill, and leatherback), the entire year can have turtles coming up to lay eggs. The legislation protecting nesting turtles really only speaks of a few months in the summer, but Leatherback turtles nest from Feb to May. Leatherbacks are the most interesting turtles in my opinion and largest, and of the three nesting here, they are the rarest in our waters. The Antigua Sea Turtle Project, run by my wife and the EAG, has been getting reports of nesting leatherbacks for the past few weeks. Very early on Wednesday morning a massive momma leatherback came up to lay on Jabbawock Beach which is just down the road from me. If you follow my other older blog, then you will have read the huge problem that Jabbawock and many other beaches around Antigua face when it comes to street lights. The squished turtle shown in the image on the left is a member of the Hawksbill Turtle, an endangered species, taken on Jabbawock's main road the morning after the nest with about 150 little turtles hatched out. Using photos like this one and blogs like this one (click here) we have gotten the media involved (click here) and generally gotten the public to understand the situation. Still the lights are on and in about 60 days the endangered leatherback turtles will hatch out and will be drawn instinctively to the brightest thing. Usually the water lapping on the shore with the reflection of stars, but on Jabbawock the Chinese gift of street lights will lure them away from their natural environment and on to the main road. The Antigua Sea Turtle Project and the EAG has met with the public utility company several times and the lights remain on. It's a simple fix and solutions including different frequency bulbs, lower poles, using deflectors, and just plain switching them off. I hope I can blog here one day that our government has taken their head out of the sand to correct this problem.

This image is of a leatherback turtle we found in the bottom of a hatched nest after doing an excavation. Usually one or two little ones get left behind in the bottom of a hatched nest and if you get there early enough the next day, you can help them get to the water. We have found that it's best to let them go at night though which is when the birds don't see them in the shallow bright waters. For more info on the amazing leartherback turtle check this link.

I really like your informative blog about all things Antigua. I have a blog of my own about luxury resorts of the Caribbean and wonder if you'd be willing to exchange links on our blogrolls?

You can check mine out at Best Caribbean Vacations

Thanks for your consideration,
Jonathan

The picture of that unfortunate turtle who became road kill definitely does leave an indelible mark.